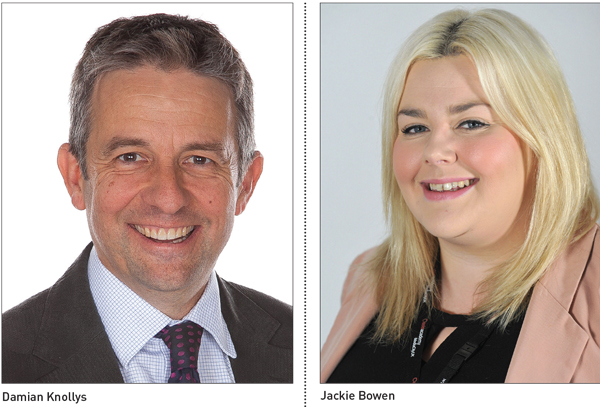 Damian Knollys has taken over as headteacher at Peasedown Primary School in Bath, following David Tilling’s retirement in the post at the end of last year. Mr Knollys was previously head of Midsomer Norton Primary School for nine years.

“I will miss the school, the children and the families who I got to know very well and I really appreciate all of the support I was given there,” Mr Knollys said.

Mr Knollys, 48, has spent more than 20 years in education but considers himself a “late entrant”.

He studied law at the University of Wales, in Cardiff, and spent five years working in London before finding teaching to be his “true calling” and in 1993 completed his PGCE.

“I was always fighting it off but the desire to teach and make a difference was always there.”

Mr Knollys worked at schools in Dorset, Prague and Somerset before moving to Midsomer Norton.

His latest transition is less far-flung.

“We’re in the same cluster with the same local authority and it is a school that I’ve known for some time and have seen at fairly close quarters and the opportunity to take on the challenge of a bigger school with such a good reputation was one I couldn’t really resist.”

The school was put into special measures last year, and Ms Bowen is looking forward to the challenges of her new role.

“This is a great opportunity for me to take a school forward from grassroots. It’s exciting to be able to influence and make strategic decisions that really change the life chances of these children.

“My first goal is to make sure that the best possible proportion of our Year 11 students leave with the qualifications they deserve. Next is to support staff to become good or outstanding in their teaching and learning practice and to have a real focus.

“It is a bit daunting being deputy principal at 28 but I think it is more about the expertise I bring rather
than experience and using the networks I have around me to overcome problems I haven’t come across before in order to help the students.”

Ms Bowen, who started her new job in December last year, completed a BA Hons in English literature and theatre at Lancaster University in 2007.

She completed a PGCE after university and became a newly qualified teacher (NQT) a year later.

Having entered teaching through Teach First, she then went onto Teaching Leaders and is currently on the Future Leaders programme, all government-funded teacher training schemes.

Her most recent position was as acting vice principal at Cedar Mount Academy in Manchester.

“It was very sad leaving Cedar Mount but it was the right move for me in terms of having that real impact on students’ performance.”