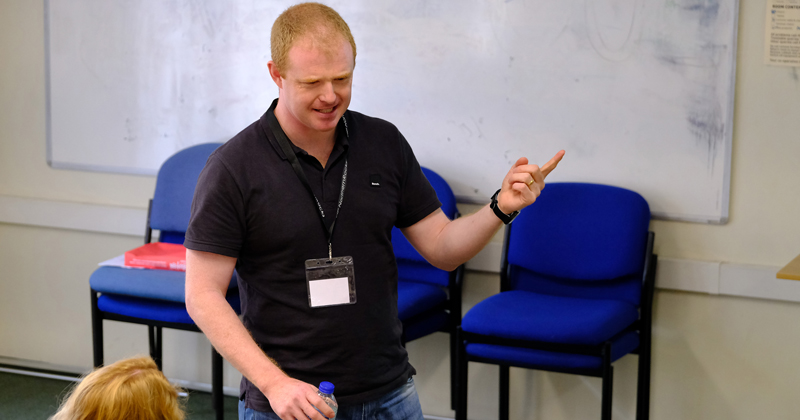 Year 9 pupils are being channelled into subject choices depending on their learner profiles and after being handed specially tailored option books, delegates at this year’s Northern Rocks conference heard.

Jarlath O’Brien, headteacher at Carwarden House community school for children with special needs, in Camberley, Surrey, raised the issue during a breakout session.

He said he had heard that some year 9 pupils in mainstream education were being handed “differentiated option booklets”, and asked if other delegates had experienced this.

The implication was that some schools were tailoring the subject combinations depending on the ability of pupils, which provoked an audience member into responding that “it’s driven by the English Baccalaureate (EBacc)”.

Schools are now incentivised to ensure pupils study a set of subjects that includes maths, English, science, a modern foreign language and either geography or history. New performance measures will look at a pupils’ best eight GCSE grades, but at least five must be in these EBacc subjects — with many schools focusing pupils on them to gain a maximum score.

The woman said her daughter’s school had pushed her to be in a particular academic stream in which she would not be able to take art and drama GCSEs.

O’Brien told Schools Week that the use of differentiated options booklets — which he had heard called streamed option booklets — was not unusual.

He had been interested in learning more during his workshop dedicated to inclusion in education, because of his limited first-hand experience of student subject choices within mainstream schools.

“I call this [the use of differentiated option booklets] a Henry Ford policy — you can choose any GCSE you want as long as it’s geography, for example.

“I challenge the motives. I made the point in the talk that people should not underestimate the power of the accountability and performance culture to influence the behaviour of headteachers.

“Why, for example, close off GCSE history to some students? What is the risk to the student? If they enjoy it and want to study it, then what’s the problem?”

He added the same issue could apply to students considered more academic who may be discouraged from studying a vocational subject, or “something considered soft”, such as media studies.

A Department for Education spokesperson said: “We want all pupils to study the subjects that give them the best start in life and help to keep their options open for progress to further study and work.

“All state schools must provide a broad and balanced curriculum that promotes the cultural development of pupils.

“We expect schools to advise their students appropriately on which subjects to choose for GCSE, tailoring them to the needs and interests of that particular pupil.”