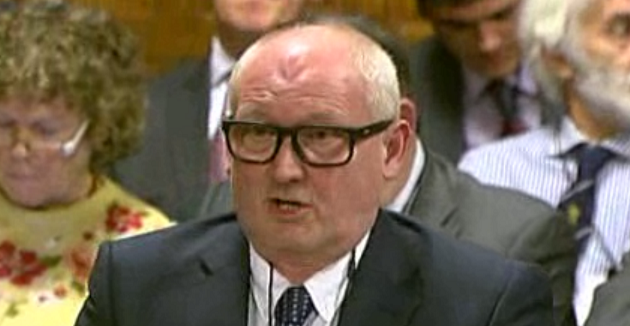 A controversial south London academy is facing the termination of its funding agreement if it fails to address “serious concerns” about its use of public money and governance.

The Education Funding Agency has issued Durand Academy Trust with a list of final demands, some of which must be met by August 1, if the school is to continue operating under its existing contract, after it was found to have breached its funding agreement.

Most of the government’s conditions relate to the structure of the trust and conflicts of interest surrounding its association with several other organisations including Durand Education Trust, which owns land occupied by Durand Academy in Lambeth and is under investigation by the Charity Commission, and London Horizons Limited, which runs the school’s leisure facilities on a commercial basis.

The conditions also seek to sever all links between the academy trust and its chair of governors and former executive head Sir Greg Martin, who has been told he must resign from all posts associated with the school.

Martin, who resigned as head last year, faced criticism from MPs after it emerged he was paid more than £400,000 in salary from the school and management fees from London Horizons.

He has now been told he must resign as chair, leave the trust’s board entirely and vacate “any other position” within the academy trust by August 1.

The trust has been told it must ensure none of its other directors are on the boards of Durand Education Trust, London Horizons Limited or GMG Management Resource (UK) Ltd, a company owned by Martin. This must also be completed by August 1.

The government has also ordered executive headteacher Mark McLaughlin to either resign his headship or resign any positions with Durant Education Trust, London Horizons or “any company of which Sir Greg Martin is a director or has a shareholding of over 5 per cent”.

According to company records, McLaughlin is currently a director of Durand Education Trust and London Horizons Limited, as well as the academy trust.

Durand Education Trust has also been ordered to repay £1.8 million of £2 million transferred to it by Durand Academy Trust in 2013/1.4. The academy trust must put arrangements in place to ensure it retains all records required by its funding agreement and Academies Financial Handbook for six years.

By August 29, the academy trust has been told it must appoint two new directors or trustees with “no previous connection” with the trust or school who have “appropriate experience and skills” to assist the trust to deliver “excellent education, governance and financial management”. Evidence of their skills must be passed in a statement to regional schools commissioner Dominic Herrington.

Schools minister Lord Nash said the decision to issue the academy trust with a pre-termination warning notice was not “taken lightly” but repeated failings to address “serious concerns” about the school’s governance, the effective use of public money and its “failure to comply with the standard rules all academy trusts must follow” had prompted the government’s decision to “safeguard the future education of Durand’s pupils”.

?”Durand Academy Trust now has the opportunity to respond to the issues raised in the notice and provide any representations,” said Nash. “We will consider any response in deciding whether to continue the process of terminating the trust’s funding agreement.”

Any decision to terminate the trust’s funding agreement would also affect the future of the Durand Boarding School, England’s first boarding free school, which has faced financial problems of its own.

In February it was revealed that the school in Sussex, which functions as a satellite to the main school and offers year eight pupils a boarding school experience for free, made a £476,000 loss in 2014/15 after spending more than £15,000 per pupil, despite predicting it could run it for just over £2,000 per child.

A spokesperson for Durand said: “We were surprised to receive this letter as there was no warning from the EFA or the Department for Education. We are currently seeking legal advice and will respond in due course. Therefore, we are unable to provide further comment at this stage.”