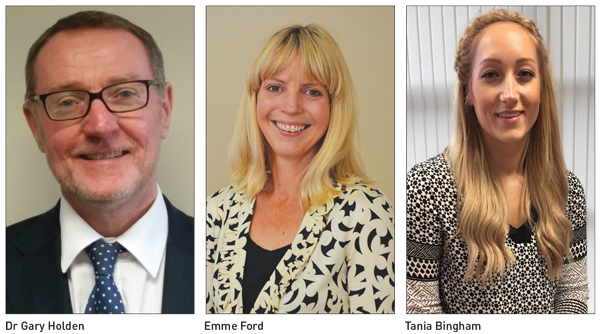 Dr Gary Holden is the new chair of the Teaching Schools Council, replacing Vicky Beer who was last month appointed as the regional schools commissioner (RSC) for Lancashire and West Yorkshire.

Dr Holden, the chief executive of Sir Joseph Williamson’s Mathematical School in Kent, a cohort one designated teaching school, says the council’s key aim is to “work closely with other stakeholders, including the RSCs, Ofsted leads, local authority leads and dioceses, in our nine regions to bring coherence to the school-led landscape”.

It wants to focus on areas that teaching schools are involved in, such as ICT, continuing professional development (CPD), leadership development and school-to-school support.

Dr Holden, 58, completed his doctorate on school-led CPD in 2001. He studied English language and literature at the University of Manchester.

He says he first got his “taste for teaching” in Italy where he taught English as a foreign language.

He is currently a national leader of education and is a recently qualified Ofsted inspector.

Emme Ford has taken over as principal at Abbey Park Primary Academy in West Yorkshire. The 44-year-old has been with the academy since 2013 when she joined as vice-principal.

In her new role, Ms Ford says teaching and learning are “absolutely imperative” and she is determined not to “lose track of that among all of my other duties.

“It is so important to remember that we are firstly here for the children and it is their world class education that is the priority.”

At 11am every day she leads a 30-minute reading session with “vulnerable” year 6 pupils, a role that she says keeps her “grounded and focused on the children”.

After studying music at Goldsmiths, University of London, Ms Ford completed a PGCE and went straight into teaching music.

She spent two years in a British embassy school in Doha, Qatar, which she says helped her “learn not only how to teach children of all nationalities, but also how a lot of nationalities value the English curriculum”.

Tania Bingham has been appointed as the young carers’ policy and development officer for the Carers Trust, Cambridgeshire and Peterborough.

With a background of working with and training unemployed adults and young people, as well as mentoring apprentices, Ms Bingham says her main aim is to “raise the awareness of young carers, not only in schools but also in businesses”.

She will meet staff in schools to share details of the Young Carers in Schools programme and will support schools through the training that the programme provides, including helping them to “spot the signs that could indicate a pupil as a carer, such as lateness, not completing homework, tiredness, and even bullying on some occasions”.

Alongside her role, Ms Bingham is studying for a degree in childhood and youth studies at the Open University.