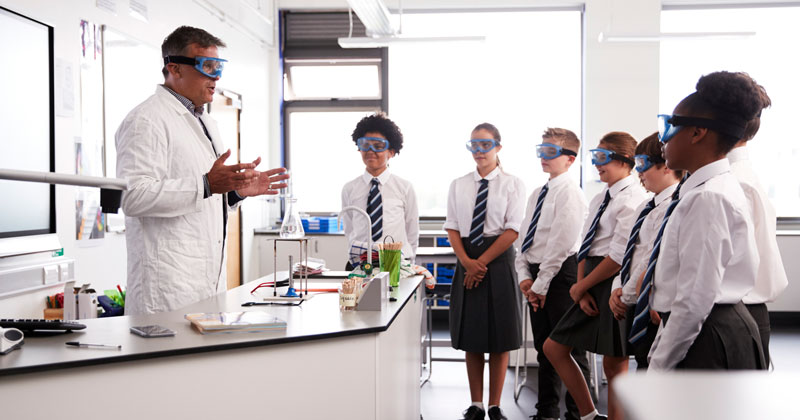 Advertising for general science teachers is no more effective than seeking those with subject-specific qualifications, according to new research.

The results suggests that schools of any kind “should not avoid trying to recruit specialist science teachers simply out of fear of not being able to fill the position”, according to the report, produced on behalf of the Gatsby Foundation.

“On the contrary, it may even make the task easier. This is not as counterintuitive as it may seem: science teachers might be more, not less, attracted to roles that are specific to their own area of expertise.”

However, the research also found that schools with high-levels of deprivation, or in certain locations such as Yorkshire and the Humber, are among those which was “disproportionately less likely to advertise for science teachers with qualifications in physics, chemistry or biology”.

Science teachers are among the most sought-after in the profession. The sciences had the second highest rate of full-time vacancies in 2017, second only to information technology. Physics and general science teaching positions are also on the government’s “shortage occupation list”, meaning those from overseas get special dispensation to come to the UK to teach them.

A DfE analysis of teacher supply, recruitment and retention published in 2017 also found that science teachers are most likely to leave the profession. The government offers would-be physics and chemistry teachers bursaries of up to £26,000 to entice them to join the profession.

Charles Tracey, head of education at Institute of Physics, warned that many head teachers “are deterred from advertising for a physics teacher when they need one”.

“I hope that they will take heart from the evidence and hold out for the sort of disciplinary expertise that will be of great benefit to their students’ outcomes and opportunities,” he said.

Jenni French, programme manager at Gatsby, added: “As schools recruit in preparation for the next academic year we hope these findings will encourage them to advertise for the specialist science teachers they need. Pupils shouldn’t miss out on a high-quality secondary science education due to location or socio-economic status.”