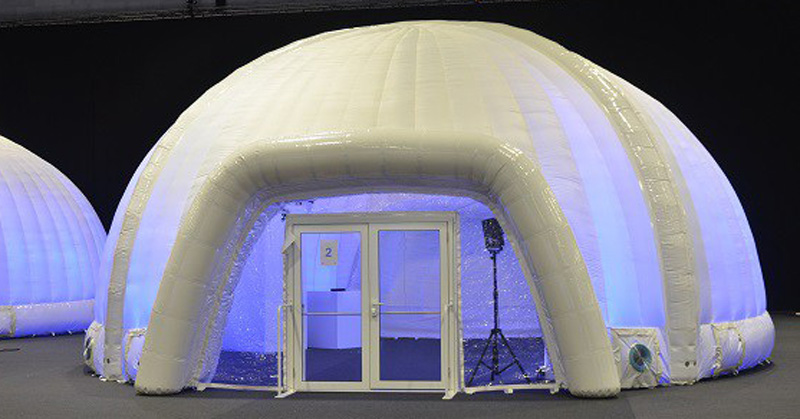 A free school stuck in temporary accommodation – including running its canteen from an inflatable dome – for the past three years could have its funding terminated after Ofsted placed it in special measures.

King Solomon International Business School, an all-through Christian ethos school set up by a community group in Birmingham, moved into its permanent premises just two weeks before a damning Ofsted inspection in May found it to be inadequate.

A spokesperson for the school, which opened in temporary accommodation on its main site in September 2015, said building work was expected to finish within six months.

However, the project was hit by delays after a change of contractor and extra work to cladding, carried out after the Grenfell Tower fire. Pupils were taught in temporary classrooms in the school car park until a phased move into the main building was completed in April this year.

The school also had to use an “inflatable dome” for its dinner hall as the designated canteen area was split into classrooms.

The spokesperson said it was “unfortunate” the inspection “did not reflect the fact that for the past three years our students and staff were working in a less than ideal environment with limited space and educational facilities following the significant delays in the completion of our school building”. It was a series of events, he said, that “adversely affected the overall performance of students and staff”.

“There has been a constant upheaval as a result of the several unplanned moves that were outside our control, which had a negative impact on the school’s overall performance.”

Freedom of information figures obtained by the Local Schools Network show 106 free schools were in temporary accommodation in November. That’s more than a fifth of the 516 free schools listed on Get Information About Schools.

The Ofsted inspection into the King Solomon school said trustees and governors were managing “significant building and refurbishment programmes”.

Inspectors said “inadequate governance and uncertain strategic leadership” had led to low standards and a “loss of trust among a significant number of parents”.

Particular concerns were expressed about key stage 3, with inspectors finding that pupils “do not receive enough good-quality teaching and are not always expected to do their best”.

Christine Quinn, the regional schools commissioner for the West Midlands, warned that the government was “minded to terminate” the school’s funding, meaning that it could be forcibly rebrokered.

In a letter, written on November 9 but published on Wednesday, Quinn said she “must be satisfied that the academy can achieve rapid and sustained improvement”.

The school’s spokesperson said the school had made “rapid improvement” and was “well on the way” to having the special measures notice rescinded.

King Solomon is the only school run by Excell3 Independent Schools, a charitable trust that includes the school’s founder members. It is affiliated to the Woodard Schools Group, a family of Christian state and independent schools.

According to its website, King Solomon’s curriculum has an “international business and enterprise focus” and offers the international baccalaureate at sixth form.