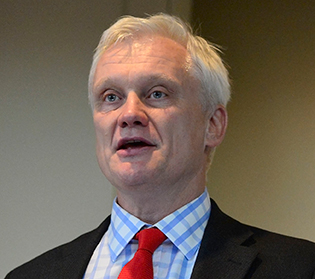 The Department of Education must become more open about how academies are run, and give Ofsted full powers to inspect academy chains – says a new report by MPs.

The recommendation comes as part of a report into academies and free schools released today by the education select committee.

While the committee acknowledged the Academies Programme has introduced healthy competition, it says the DfE must be clear to academy sponsors and local authorities exactly what is expected of them, and set firm rules for the selection of sponsors.

Committee chairman Graham Stuart told Schools Week: “Schools are doing better than four years ago when the programme was introduced but there’s a number of changes we think can be made.

“There needs to be greater scrutiny of the sponsors and the financial decisions. Regional Schools Commissioners need to be increased in number.

“The role of local authorities needs to be reappraised and written down so they know what is expected of them and what their role is in the system.”

The committee has called on the DfE to publish clear information setting out the process and criteria by which academy sponsors are authorised and funding agreements are reviewed.

It also suggests the length of funding agreements should be reduced from seven to five years.

Ofsted should also be given the powers needed to inspect academy chains and there should be protocols in place for dealing with larger ones that are failing.

In the case of free schools, the committee recommends the DfE make clear how the competition is decided, that local authorities are told of any proposal to open a free school in their area and to monitor intake numbers.

Mr Stuart added: “There has been progress although it’s still too early to know how much the academies programme has helped raise standards. It takes a long time for a child to go through the reformed school system.”

Professor Becky Francis, who advised the committee, and is Professor of Education and Social Justice, King’s College London noted that the evidence on the success of academies is mixed.

“We see both examples of striking success, but also of significant failure – this was also the finding of research on the success or otherwise of academy chains”.

She noted, however, that while the report emphasises greater rigour and transparency there is also an “impetus for a renewed focus on the quality of teaching practice in all schools, in contrast to the preoccupation with structures in our education system”.