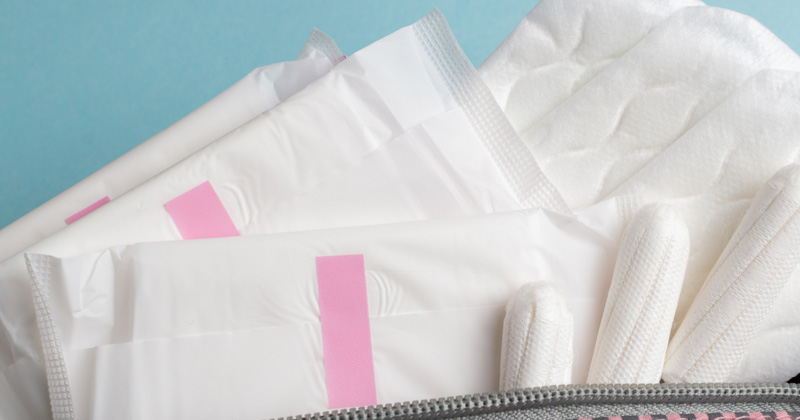 All schools and colleges in England will finally be able to access free sanitary products from Monday, as part of a “fully funded” government scheme to tackle period poverty.

They will be able to order a range of options, including eco-friendly items, from supplier Personnel Hygiene Services Group (PHS) by using an online portal, via email or by phone.

PHS has received £11.4 million from the government to deliver the scheme, which is much lower than what it will cost if take-up exceeds current estimates.

There are around 1.7 million eligible students, but the Department for Education has projected that only 1.1 million will access it.

The anticipated maximum product cost could reach around £18 million per year, should 100 per cent of those students take-up the scheme, the DfE said.

The DfE previously told Schools Week that it will have to go back to the Treasury for extra funding if more than the “anticipated level” of students take up the offer.

Founder of #FreePeriods Amika George, who launched the campaign for the government-funded products, said: “We have been waiting for this day for a long time. As a grassroots, student-led movement, Free Periods has been fighting for every single child in this country to be able to go to school without worrying about their next pad or tampon.”

She asked for education establishments to “have open conversations with students about what they need and start signing up to the scheme” and said no student should “miss out”.

Children and families minister Michelle Donelan said periods are a “normal part of everyday life and we do not want young people missing out on lessons because of them”.

“We know that it is not easy for everyone to access period products where and when they need them,” she added.

“This scheme will deal with those problems so young people can go about their daily lives without getting caught out if they have come on their period unexpectedly, forgotten to bring products with them or if they can’t afford the products they need.”

Then chancellor Philip Hammond announced the scheme in his spring statement last year, and pledged to roll it out from September 2019.

But ministers later admitted the full implementation would be delayed until early 2020.

PHS’ contract with the DfE is due to finish at the end of this year but the government has the option to extend it up until 2022.

Julie McCulloch, director of policy at the association of school and college leaders, said: “This issue is one aspect of the wider problem of a rising tide of pupil poverty. Many schools also provide disadvantaged pupils with food and clothes because families are unable to make ends meet. The government must do more to address this desperate situation over the next five years.”