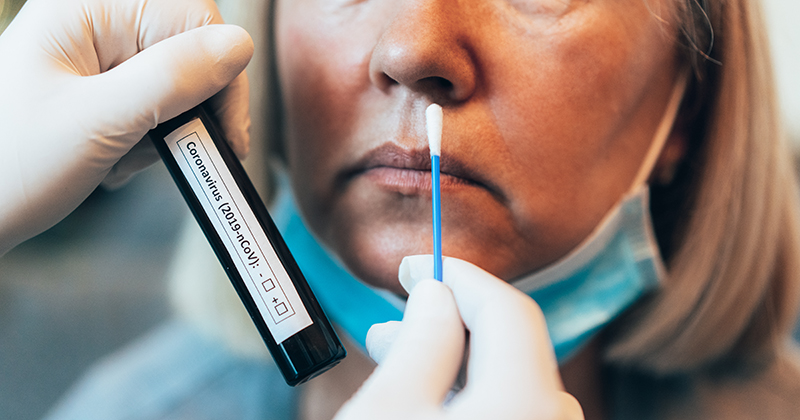 Schools have been told to prepare for the return of on-site Covid testing from the start of the autumn term, with test kits and PPE to be sent out.

In a letter sent to education leaders, seen by Schools Week, schools minister Nick Gibb states the government wants schools to “be prepared for all scenarios, including testing on return after the summer holidays.”

The letter states: “Given the uncertainties around the Covid situation we will face in the autumn, we want to help schools and colleges to be prepared for all scenarios, including testing on return after the summer holidays.

“We will therefore provide all schools and colleges with refreshed guidance, test kits, and PPE so that they can be ready to stand up on-site Asymptomatic Test Sites (ATS) from the start of the autumn term. We expect to be able to confirm the position alongside announcements on Step 4”.

Prime minister Boris Johnson has said it is “very likely” people will be able to return to “pretty much life before Covid” on July 19.

Tests will start to be delivered from June 29 and information on delivery schedule and refreshed guidance is now available for schools on the “document sharing platform”.

It comes as cases in school rocket. Data from Public Health England published last week shows there were 151 new Covid outbreaks in schools in the week ending June 20, up from 96 the week before.

A PHE technical briefing on variants of concern released last week also shows that schools were the “most common settings” for outbreaks of both the alpha and delta variants between April 28 and May 19, but such events became far less common around half term at the end of May.

The latest attendance survey data from the DfE showed that the number of pupils absent due to potential contact with Covid-19 in school quadrupled between June 10 and 17.

The letter confirms regular rapid asymptomatic testing will be paused in schools and colleges over the summer except for those that remain open.

For settings that open as summer schools, NHS Test and Trace will provide support with contact tracing. But testing will still be widely available and kits can be collects from either the local pharmacy or ordered online.

It is understood that at a meeting today, DfE officials suggested schools may be responsible for contact tracing in the first week of the summer holidays – a situation similar to that over Christmas.

Schools were previously asked to conduct on-site testing in March when most children returned to school following the third lockdown.

Secondary school pupils needed to be tested four times in the first fortnight back – with the first three tests conducted on-site and the fourth at home. Testing was voluntary and pupils were allowed to attend lessons as normal following their first negative result.

Paul Whiteman, general secretary of school leaders’ union NAHT, said the government “must not underestimate the scale of this task and the likely disruption for pupils as they return in September.

“It is becoming increasingly clear that there is a strong chance it will not be ‘business as usual’ for schools next term and the government will need to take into account the additional pressures they will be having to deal with.”

Gibb, in his letter, said he “recognises how difficult the past 18 months have been and how hard teachers and staff have worked to keep schools and colleges open.

“This has been an enormously challenging time for everyone and we would like to take the opportunity to thank you for everything you have done, including on testing, to maintain education provision during the pandemic.”

It comes as the new health secretary, Sajid Javid, told MPs this evening he had asked for “fresh advice” on the response to Covid in schools, and would be discussing the matter with the education secretary.

The politician was asked what steps were needed to address a “decline” in testing, and whether mask wearing should become mandatory.

He replied: “The point he’s rightly making is that when we are asking children not to be in school for these reasons to try and control infections, that it’s having a huge knock-on impact on their education. That’s something that none of us want to see.

“On this issue, I have already asked for fresh advice from my department and it’s something that I intend to discuss with the education secretary to see what more we can do.”