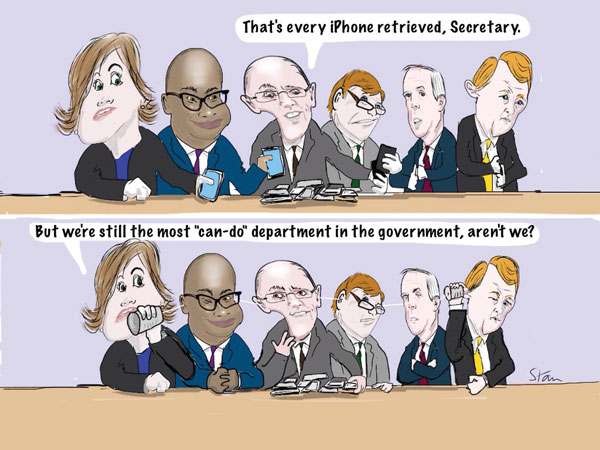 The Department for Education (DfE) has spent more than £30,000 on iPhones this year as part of a discontinued pilot – and is trying to get its money back.

The figure makes the DfE the second highest Whitehall spender on Apple phones.

In response to a parliamentary question, Schools Reform Minister Nick Gibb said the DfE had spent £31,038 on iPhones 4, 5 and 5S.

In 2011 and 2012 it spent £3,024 on the devices for staff with special accessibility requirements, but this year’s figure was due to the pilot, since cancelled. It bought no iPhones in 2013.

Mr Gibb said: “The significant increase in 2014 was due to the implementation of a new mobile working pilot utilising ‘GOOD’ technology (a secure IT mobility solution) where iPhones were preferred. Fifty-seven devices were purchased as part of the pilot.

“Following an evaluation, the pilot has now been discontinued, and the department is in discussions with Vodafone regarding the return of these devices and recuperation of costs.”

The figures came in response to a parliamentary question from Labour MP John Woodcock.

Of the 17 departments that provided figures to Mr Woodcock, only the Cabinet Office spent more this year on iPhones – just over £34,000. The Department for Transport spent £15,905.

A DfE spokesperson said: “We always negotiate hard to get the best possible deal for the taxpayer.

“We purchased a limited number of iPhones as part of a pilot programme that has now been discontinued. We are now looking to return all these phones and get a refund.”

The department declined to provide further details of the pilot .

A spokesperson for Vodafone said the company was aware of the DfE’s request to return devices, but was awaiting further information. Refunds were handled on a case-by-case basis.