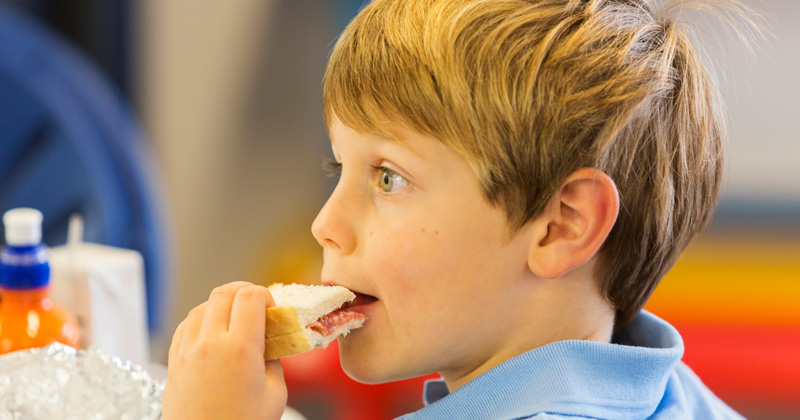 The government has announced it will reimburse schools that have paid for free school meals for children out of school over the Easter break – but the support won’t be rolled-out over future holiday periods.

In updated guidance released today the Department for Education has stated “free school meals should be offered to eligible pupils not attending school during term time weeks and the Easter holidays, and these costs will be met by DfE”.

However the guidance states: “This support will not cover future holidays.”

On Saturday, former education secretary Michael Gove announced the government was making a u-turn on its refusal to pay for free school meal vouchers.

The new guidance explains the addition to the FSM policy “reflects the unprecedented levels of disruption and uncertainty for schools during this time”.

Free school meal pupils in school during the Easter holidays will also continue to receive a free meal if eligible, but these costs will have to be met by the school.

DfE will only refund national voucher scheme (from now on)

The government has also confirmed today it won’t refund any costs on other voucher schemes since the national scheme was introduced, apart from a few exceptions.

The new guidance does state the government will reimburse spending on free school meals before the national voucher scheme was introduced.

Schools can also claim back money spent on providing free meals to children where the national scheme is inappropriate – for instance because there are “no participating supermarkets locally or schools are providing meals directly”.

However, new guidance today states this additional spend can only be reimbursed if schools are unable to cover it from their existing budgets.

The government only announced it would be funding spending on free school meals over Easter on Saturday.

And in a question and answer document published today, they confirm that schools will be compensated for the cost of providing meals for pupils at home “up to the value of £15 per eligible pupil” (as many schools had already made their own plans for providing meals over Easter).

It comes as an email sent to schools from the DfE’s  national voucher scheme supplier, Edenred, states there has been “unprecedented demand and order volumes, and some orders have been in a queue waiting to be fulfilled”.

Teachers have reported on Twitter today they are still waiting for orders to be processed, with Edenred not picking up calls on its helpline.

The email, sent yesterday and seen by Schools Week, adds: “We appreciate your patience and do recognise the importance and sensitivity of distributing vouchers to families in need”.

It states that all orders placed up to April 5 will be “fulfilled today”, adding: “Actions have been taken to accelerate the distribution thereafter.”

The email also states “actions are currently being taken to increase the capacity of the ordering website to respond to exceptional demand”. In the meantime, schools are urged to use Google Chrome to visit the site for a “faster response”.

The email went on to add the national scheme has “already delivered over 300,000 school meal vouchers to eligible families since its launch last week”.

The government was previously criticised for originally making the national voucher scheme available only during term-time.