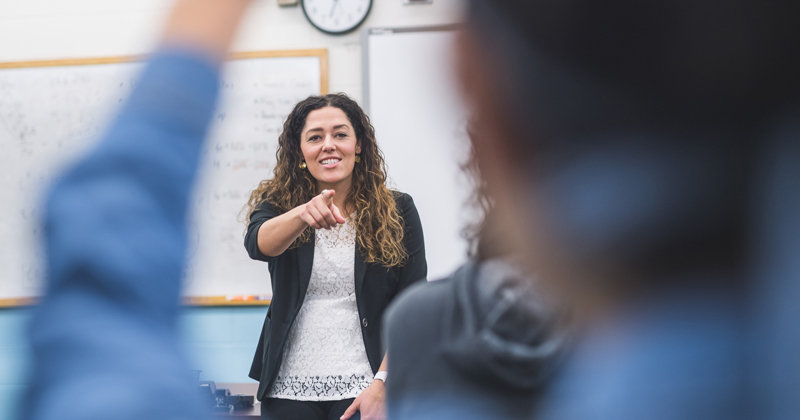 The government has said it will help cover the costs of staff absences to keep schools open this term, but leaders will have to deplete their reserves before becoming eligible.

The Department for Education has today announced the creation of a short-term “Covid workforce fund”, which will be backdated to November 1 and will cover the current half term. Officials have not said how much will be available in total, but that they will pay “all valid claims”.

It follows warnings from headteachers that supply costs are soaring as more and more staff are sent home to self-isolate, with some schools reaching a closure “tipping point”.

However, before accessing the fund, schools “will first need to use any existing financial reserves, as we would typically expect when facing unforeseen costs”.

This means they schools will only be eligible if they have depleted reserves down to 4 per cent of their annual income.

The main purpose of the fund is to cover teacher absences, and it can be used to pay supply teachers or for additional hours for teachers working part time who want to increase their hours.

Claims for support staff absences “will be on an exceptional only basis, where necessary in keeping schools and colleges open”, the government added.

He said the funding “comes on top” of the previous exceptional costs fund and the £1 billion Covid catch-up fund. It is also not part of the core schools budget.

Teacher Tapp figures show Yorkshire and the North East is the only region with teacher absences above 10 per cent (it had 11 per cent of teachers off as of Tuesday last week).

However the proportion of teachers off has more than doubled across England since half-term. The government, while collecting data on teacher absence, does not publish the figures – despite doing so during the first national lockdown.

Geoff Barton, general secretary of the ASCL leadership union, said that while welcome, the funding “comes with many caveats and will not fully address the severe financial pressure on schools and colleges caused by the Covid pandemic”.

“It provides only for staffing cover in the current half term, and does not take account of the fact that schools and colleges have been plugging staffing gaps since reopening in September.”

Paul Whiteman, leader of the NAHT union, added that the fund was a “glimmer of hope for some schools”.

“We would like to see the government go further, and our continuing discussions with them will focus on this in the coming weeks.”

Further guidance on how the fund will work is expected to be published next week.