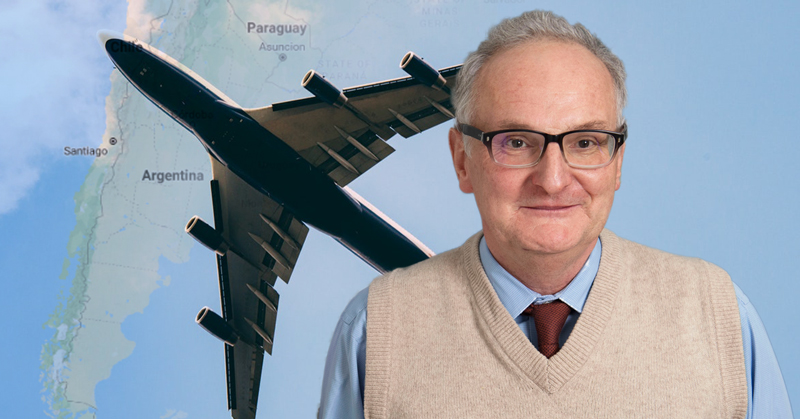 The academies minister Lord Agnew and three advisers were flown to Argentina this summer at a cost of more than £9,000, government documents reveal.

A record of ministers’ international travel published by the Department for Education lists a “return international flight to Argentina” taken by Agnew and three officials in September this year as having cost £8,122.

Documents show the DfE also spent £314 on internal flights between Buenos Aires and Mendoza for Agnew and the team during their trip. A further £570 was spent hotel accommodation.

Agnew, who as part of his ministerial duties is responsible for encouraging schools to save money, travelled to Argentina between September 4 and 7 this year to attend the first G20 Education Ministerial Summit and a joint meeting of education and employment ministers.

When asked to explain why the cost of the flights was so high, the DfE indicated that they were booked last-minute. It has since emerged that Agnew also flew business class.

According to Google Flights, a last-minute booking for economy flights from London to Buenos Aires next week for four people would cost between £2,800 and £4,200, depending on the airline.

Even those travelling next week in “premium economy”, the next class up, could pay as little as £6,700 for the privilege.

A Department for Education spokesperson said it was “important that the department is represented internationally”, and said that, “occasionally there is a need for our ministers to attend events or visits overseas”.

Agnew made headlines last month when he told school leaders at a conference that he’d bet them a bottle of Champagne that he could identify more potential savings in their schools.

He later defended his comments during an interview with Schools Week, claiming he made them to “stir up a bit of controversy” because schools haven’t been listening to him.

“While we are always mindful of costs, due to parliamentary commitments, sometimes travel arrangements do have to be booked close to the travel date,” he said.

It has also been revealed that almost £1,500 was spent on international travel for education secretary Damian Hinds between July and September of this year.