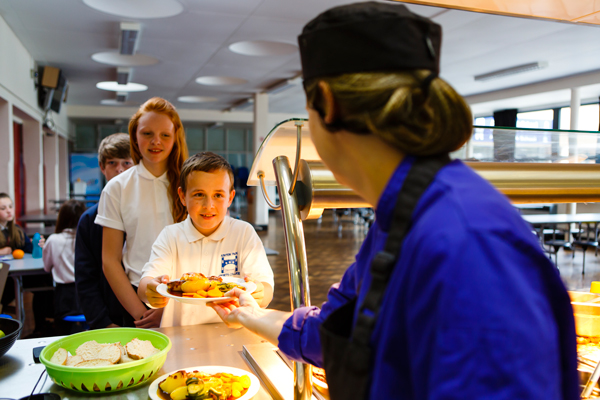 The Department for Education has been told it must publish a suppressed report that found small schools are struggling to meet the cost of providing free school meals.

Schools Week revealed in January that ministers had refused to publish a report by the small schools taskforce into the viability of providing universal infant free school meal (UIFSM).

A leaked version of the report, seen by Schools Week in August, showed the taskforce had found thousands of small schools were struggling to deliver the meals. Despite this, the government later ended an annual £2,300 to help these schools.

Now ministers have been told they must publish the full findings within the next 35 days.

It follows campaigner Andy Jolley successfully overturning a decision by Lord Nash to refuse the release of the report under the Freedom of Information (FOI) Act.

“For them it’s a win-win, the funding to small schools has quietly been cut and they avoided the avalanche of criticism we would have seen had there been evidence they were ignoring an expert report’s conclusions. Jolley asked for a copy of the report in November last year. The DfE originally responded by claiming it did not have a copy of the “final report” so could not release the information.

However Schools Week  revealed in January that the taskforce – first set up in 2014 – had actually already reported their findings to the government. A leaked version of the report had the publication date of “May 2015”.

The report found that the ongoing small schools subsidy was required for schools serving less than 100 meals a day.

Without extra funding, the taskforce said schools would face annual losses of just under £4,000. The scrapping of the small schools grant could nudge that shortfall closer to £6,500 per school.

Jolley reviewed the decision and was later told the report could not be published because it would “prejudice public affairs”, a decision signed off by Lord Nash.

However Jolley appealed the decision to the Information Commissioner’s Office, an independent regulator, which then asked the DfE to provide information supporting its argument for refusal.

The DfE told the ICO that the small schools report was “unreliable with [a] weak evidence base”, so publication of its findings would “cause confusion and uncertainty” in small schools.

The department said it had instead decided to publish a toolkit report for small schools, in December last year, that would “serve a more useful purpose”. The DfE said “substantiated findings” of the small schools report were included in the toolkit.

But a copy of the ICO ruling seen by Schools Week has found in favour of Jolley, stating that when the report was commissioned by the DfE there was an understanding it would be published.

Jolley added: “We can only hope with a new secretary of state in charge, the DfE change their attitude towards publishing information that is clearly in the public interest.”

The department has been approached for comment this afternoon.