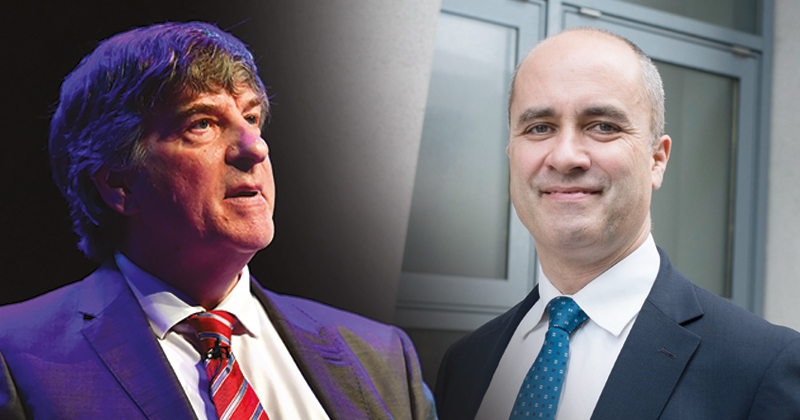 The government has announced it has “no plans” to scrap the role of the national schools commissioner, putting to bed rumours that a review of school accountability policies could see the job axed.

The move to appoint Dominic Herrington (pictured) to replace Sir David Carter as the new NSC on a part-time, interim basis earlier this month had fuelled speculation over the future of the role.

It came after ministers clipped the wings of the eight regional schools commissioners, banning them from sending education advisers to inspect schools and removing their ability to convert schools based on their academic results alone.

But the Department for Education this week confirmed that the NSC, and eight RSC roles, are here to stay.

“The national school commissioner and regional schools commissioners play a key role in the academies system and we have no plans to remove them,” a spokesperson told Schools Week.

The NSC role was created in February 2014 and went on to include oversight of the eight RSCs subsequently recruited in September of that year. The first NSC was Frank Green, who held the post until 2016, when Carter, a former RSC for the south west, took over.

Civil servant Herrington was promoted to the role earlier this month after Carter – a former school leader – announced his retirement.

However, Herrington was appointed on a six-month interim contract, and will continue his work as regional commissioner for the south east of England and south London.

The DfE is yet to advertise for the role.

Tim Coulson, former regional schools commissioner for the east of England and north east London, told Schools Week that under Carter, the NSC role had grown in importance.

“What David did was create a role the DfE hadn’t envisaged,” he said. “He created a role with a national profile. He was the best-known DfE official, and he spoke credibly as a practitioner as well.”

He told the National Association of Head Teachers annual conference in May, that coasting schools would no longer face the threat of forced academisation or change of sponsor.

He pledged to end the “spectre” of multiple inspections by making it clear that “the only people who should go to schools for inspections are Ofsted”.

The changes mean that RSCs are now focused mainly on the academisation of schools rated inadequate by Ofsted and the rebrokering of existing academies that fail.

Julie McCulloch, director of policy at the Association of School and College Leaders, said it was helpful to have clarification over the NSC role.

But she added: “What is now important is that this role, and those of the regional schools commissioners, are clearly defined to ensure there is clarity between what they do and what other bodies, such as Ofsted and local authorities, do.

“This ‘middle tier’ is currently too cluttered with a number of agencies all having a role in overseeing schools, a situation which is creating additional and unnecessary pressure that benefits nobody.”