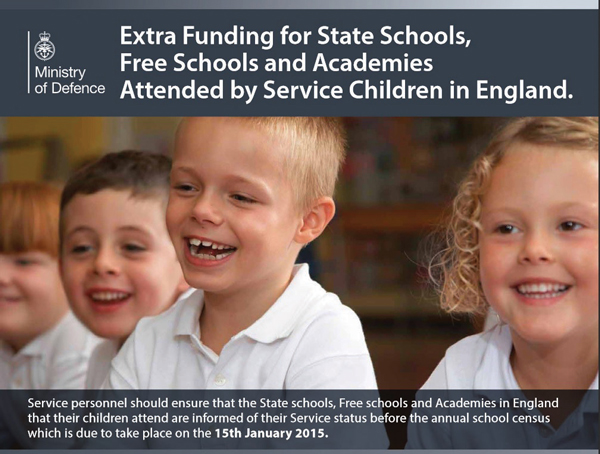 The government produces no data on the educational outcomes of children of military service personnel, despite spending millions of pounds supporting their schooling, Schools Week can reveal.

A Freedom of Information request from a member of the public seeking information about GCSE and A-level outcomes for military service children compared with their peers was last week rejected by the Department for Education (DfE) as it did not have the information in the “format requested”.

The department has since confirmed that it does not produce any data on the educational outcomes of military children, despite a number of initiatives to support such pupils.

Almost 58,000 children have a parent or carer in the armed forces in Britain.

A report last week by the Independent newspaper revealed that the Ministry of Defence had spent £84 million in fees for independent schools for military children, usually the offspring of officers.

The money was used for 5,800 children and includes 100 sent to Eton, Wellington College and Gordonstoun.

The service pupil premium (SPP), introduced in 2011, also provides £300 of additional DfE funding to state-maintained schools for children of service personnel. The 2014 budget for this was £17.4 million.

It is more than five years since the last government analysis of the educational outcomes of service personnel children, when a large-scale report was produced in response to the Labour government’s commitment to the Armed Forces Covenant that made clear that children of members of the armed forces should have the same standard of, and access to, education as anyone else.

The 78-page document, released in 2010, found that at key stages 1 and 2 “slightly higher percentages” of service children achieved the expected level in English and mathematics compared with their peers.

It added: “At GCSE, a greater percentage of service children achieved the five-plus A*-C and five-plus A*-C including English and mathematics thresholds compared with their peers.”

This was explained, it said, by the fact that military children were less likely to be economically disadvantaged or have special educational needs.

Labour MP Madeleine Moon, a member of the defence select committee, said: “Without this evidence, it is difficult to measure the impact and outcomes of government policy.

“Year on year, the public pumps vast sums of money into the government’s various schemes and they deserve to know whether they are delivering results. We need a more targeted, open and evidence-led approach if children from service families are to be provided with the comprehensive educational support that they deserve.”

A DfE spokesperson said: “We have a range of attainment data on all pupils, their gender, ethnicity, whether they are eligible for free school meals and if they have special educational needs; but we don’t break down whether their parents are serving in the regular British armed forces.”

The Ministry of Defence does publish an overview of education for military children, as part of the Armed Forces Covenant.

The latest report, submitted to parliament last year, said a report has been commissioned from the National Foundation for Educational Research to “investigate the relationship between SPP and children from service families’ attainment”. However, that report has not yet been published.