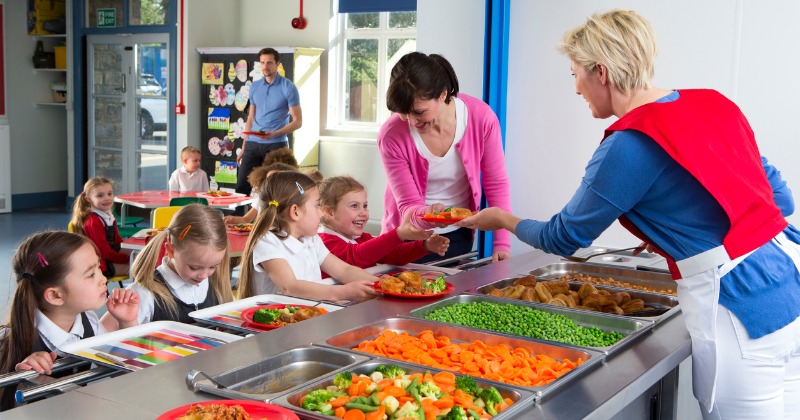 The government’s universal infant free school meals programme is one of a number being considered for the axe in this year’s spending review, Schools Week has learned.

Multiple sources familiar with the process said the policy, which costs the government more than £600 million a year and provides meals for around 1.4 million infants, has been “long-listed” by the Department for Education as ministers scramble to meet demands for cuts.

It was reported in January that Boris Johnson has asked all cabinet ministers to find cuts of up to five per cent in their departmental budgets.

Since it was introduced in 2014 by the coalition government, the policy has been threatened on several occasions. Most recently, the Conservatives pledged in their 2017 election manifesto to ditch it, but then U-turned following a huge backlash and the loss of their majority.

Johnson’s victory in December’s election, coupled with the elevation of his key adviser Dominic Cummings, who opposed the policy when he worked for Michael Gove at the DfE, have both led to concerns it will finally get the axe.

Ministers have also refused to guarantee the future of the scheme’s funding. In a recent response to a parliamentary written question, education minister Michelle Donelan said funding arrangements from 2020-21 onwards would be confirmed “in due course”.

Some proponents of the policy argue that providing meals for pupils makes them more ready to learn, though there is little evidence available about the impact it has on educational outcomes.

For others, the focus is on the impact on social cohesion.

Dimbleby, who is currently leading the government’s national food strategy, said he “wasn’t surprised” it had made the list. But he added: “Having said that, it’s a fantastic thing that has transformed not only the culture in schools, but also the quality of food served to all pupils. To pull that away, after all the effort these schools have gone to, would be the wrong thing to do.”

However, opponents of the policy believe it targets better-off pupils.

“Universal infant free school meals prioritise support based on age rather than need. It’s feeding all infants, rather that supporting those children who are actually going hungry,” said education campaigner and school governor Andy Jolley.

“Given the unsustainability of UIFSM, everyone’s focus must be to ensure the money saved is used to support those living in poverty, to help over school holidays and provide greater access to free school meals for pupils whose parents claim universal credit.”

An Education Policy Institute evaluation of the policy in 2018 found that although parents reported financial benefits and school leaders felt it had improved the profile of healthy eating in their schools, further research “may be required” to establish its educational impact.

The study also warned that the funding provided – £2.30 per meal – was not enough, and predicted that rising costs meant the amount allocated was “likely to become insufficient”.

Cummings told Schools Week’s sister paper FE Week in 2014 that the introduction of UIFSM, which was a Liberal Democrat policy approved by the Conservatives in return for their go-ahead on tax breaks for married couples, was “a small but telling example of the stupid way decisions are made by Cameron and Clegg without proper thought, and it is more telling that they have no idea why it’s stupid”.