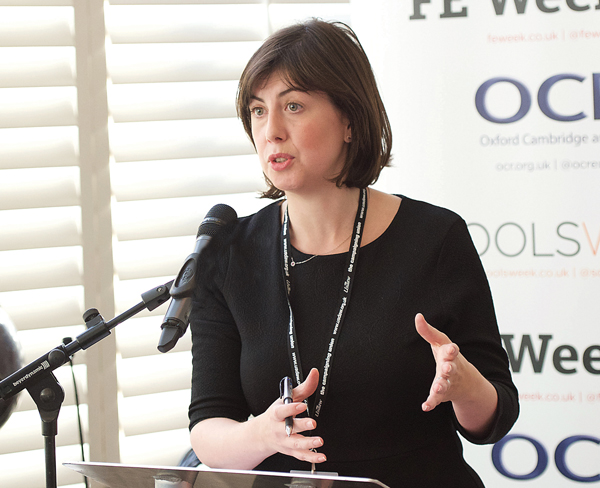 The Department for Education has refused to confirm whether it holds a controversial application form presented by a Kent grammar school to open an annexe, despite mounting pressure from campaigners who say its refusal is derailing a legal challenge.

Campaigners have been weighing up if they should appeal the government’s decision to allow Weald of Kent grammar to expand on a new site nine miles from its current base.

They believe the proposal constitutes a new grammar school – which is against the law.

But they only have until next Wednesday to submit a claim for a judicial review, which they say is being “staved off” by the department’s refusal to release the proposal for scrutiny.

Ms Powell said: “This government’s continual lack of transparency over decisions that affect our children’s schools is wholly unacceptable.

“If ministers are confident of the case they have built on this new grammar school, then surely they should be content to publish the application so that the public has the opportunity to consider it?”

Schools Week asked the department directly on Tuesday if it held the annexe application form.

But a spokesperson would only refer us to the written ministerial statement made by Ms Morgan when she gave the application the go-ahead in October last year.

At the time Ms Morgan said her decision was based on the school’s revised proposal submitted in September and was in line with legislation and criteria determining what constituted an expansion.

Joanne Bartley, a Kent mother who joined other parents to set up a campaign group against the plan, said the refusal to release the information was “incredibly frustrating. The whole point of the annexe is that it is a workable solution – surely the department must have looked at that application. But until we see that, we can’t challenge it. It’s a no-win situation.”

Comprehensive Futures, which campaigns for an end to selection by ability, is still taking legal advice over whether it should pursue a judicial review. Schools Week understands the group is due to release a statement clarifying its position on Monday.

It is not the first time the department has been challenged over information on school proposals.

Last year it released all application forms for successful free schools after a freedom of information battle that lasted more than two years.

The department originally refused to release the documents because it said they would give an unfair advantage to other potential applications.

Following a court battle with Schools Week editor Laura McInerney, it decided to voluntarily release the information from January 2015.