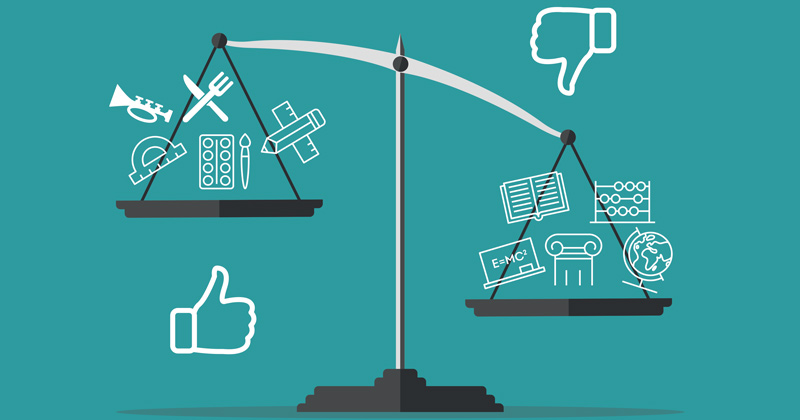 Official government figures show the demand for teachers in EBacc subjects is set to soar, indicating the subjects will become mandatory, despite a consultation response on the policy being withheld from publication.

Almost twice as many trainees in geography, for example, are needed next year, while the demand for new teachers in creative subjects will fall by up to 11 per cent in some cases.

The Department for Education (DfE) last week published its initial teacher training allocations for 2017-18. This follows an unprecedented decision not to release them last September.

Among the data was the government’s teacher supply model predictions that reveal how many teachers it presumes should be trained in each subject to meet national demand next year.

These reveal a huge increase in the need for teachers of EBacc subjects, with some estimations nearly doubling.

Associations representing non-EBacc subjects say the figures are “deeply concerning” and criticise the government for “pre-judging” the outcome of the delayed EBacc consultation.

The EBacc is a performance measure based on pupils’ grades in five subjects: English, mathematics, history or geography, the sciences (including computing) and a language.

The DfE launched a consultation in November 2015 on its plans to make 90 per cent of pupils study the EBacc curriculum at GCSE, but the results are still to be published.

The new teacher supply predictions, however, show that ministers are expecting a steep demand for teachers in the five compulsory subjects.

Julie Nugent, chief executive of The Design and Technology Association, said the “continued impact” of the EBacc was “reducing the demand for design and technology in schools despite the wider demand for these skills from UK industry”.

The number of places for art & design trainees dropped 9 per cent from 633 to 577; music and drama also fell. All the subjects were also affected by a decrease in take-up by pupils.

Meanwhile, the number of pupils taking GCSEs in creative arts and technical subjects last year fell 8 per cent, while the number taking at least one arts-based GCSE fell 1.7 per cent.

Delta Academies Trust, formerly the School Partnership Trust Academies, lost more than 100 staff last year and removed a number of creative subjects from its curriculum to prioritise the more academic subjects found in the EBacc.

The decision was made after the cash-strapped trust expressed fears children were studying too many subjects and schools were “overstaffed”.

A spokesperson for the Bacc for the Future campaign said: “The government must act quickly to address this decline by reforming or withdrawing the EBacc and by not pre-judging the outcome of the consultation.”

A spokesperson for The Council for Subject Associations said the predicted increase in demand for EBacc subject teachers was “clearly being prioritised even though future policy is yet to be confirmed and the government is still to respond to the EBacc consultation”.

Purdah restrictions stopped any DfE comment on the allocations.