The Department for Education has published its recommendations on teacher pay for September 2020. We’ve got a news story on the main findings here (£26k starting salaries and 2.5% rise for senior staff).

The DfE’s full submission to the School Teachers’ Review Body has some super interesting findings, so here’s everything you need to know.

The proposed pay increase works out at a 3 per cent increase in the total pay bill for teachers. This will cost schools £455 million (across the seven months of the 2020-21 financial year affected by the 2020 pay award).

While this is classed as the “biggest sustained uplift in teacher pay since 2005”, it does take a big chunk out of the government’s promised additional £2.6 billion funding for next year.

The government said it was “important to be clear” that the teachers’ pay grant from 2018 and 2019 will continue next year.

The department intends to roll the funding into the national funding formula and is part of the overall increases in funding. However they won’t be offering any additional cash to cover the proposed pay rise. As covered here, the government think their suggestion is “affordable for schools”.

The DfE has put forward three options for how pay scales could be uplifted. They are … 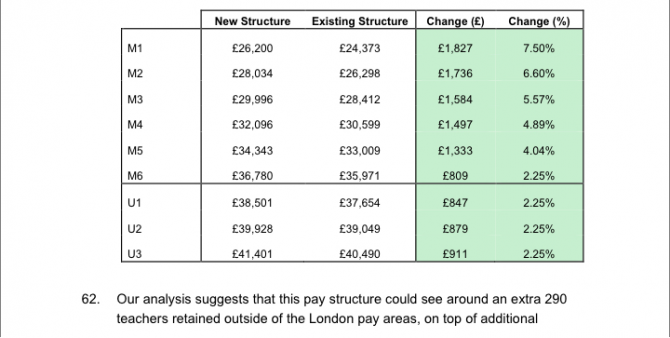 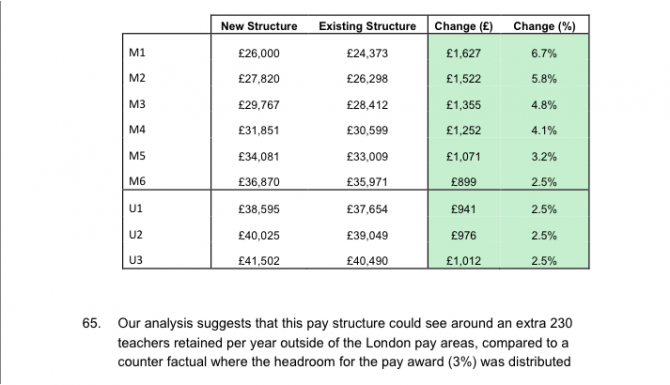 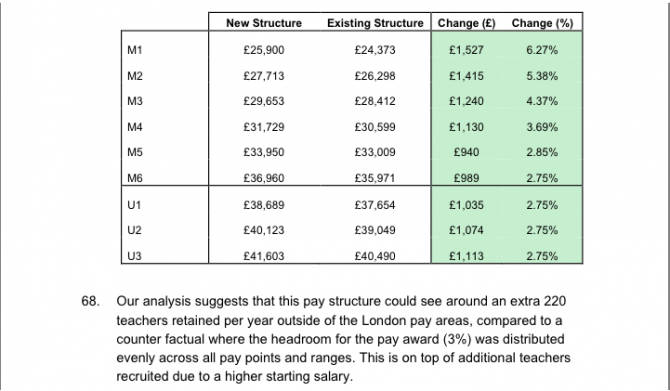 A NOTE ON LONDON SCHOOLS:

The pay rises also count for London schools, however as they already have higher starting salaries and typically lower pay progression increases in their early career – the pay structures are already closer to the government’s reform aims.

Consequently, the pay award for the London pay areas will involve slightly lower uplifts to starting salary than for the rest of England (given their more generous starting position). But starting salaries will rise in outer and inner London to £30,000 and £32,000, respectively – a rise of up to 6.7 per cent. (The full London pay scales are on page 32 here).

The DfE said this option “balances providing the necessary increases to starting and early career salaries to address recruitment and retention challenges”.

It makes 29 per cent of the progress towards the £30k starting salary promised by 2022, whilst providing a “significant, real terms, increase to the upper and leadership pay ranges to support an attractive career pathway for teachers”.

The government has already promised to up starting salaries to £30k by 2022-23 – however this will mean flatter pay rises for early career teachers. Here’s how they envisage the pay scales will look by 2022. 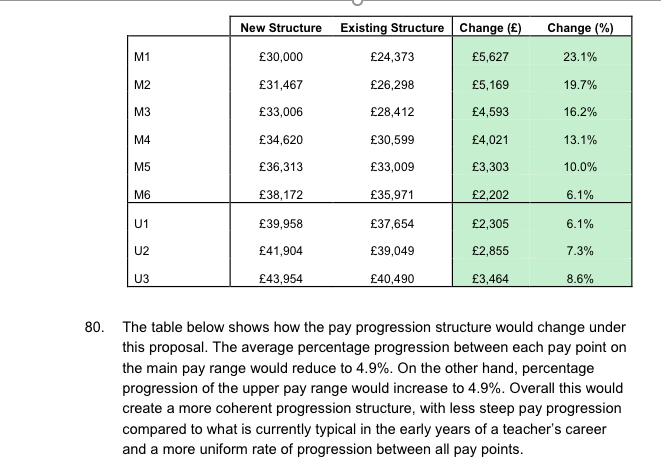 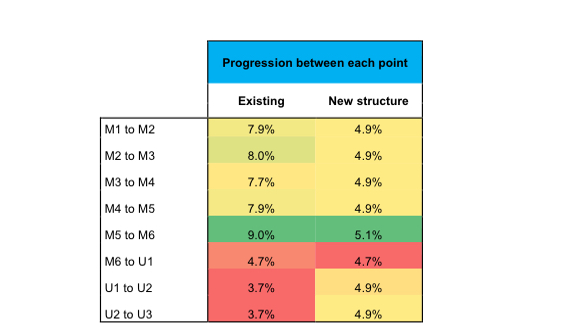 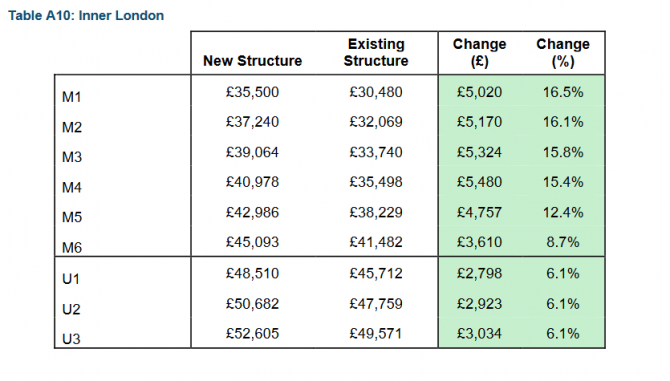 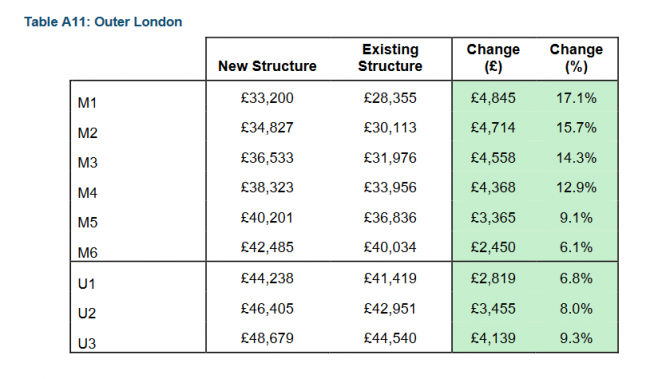 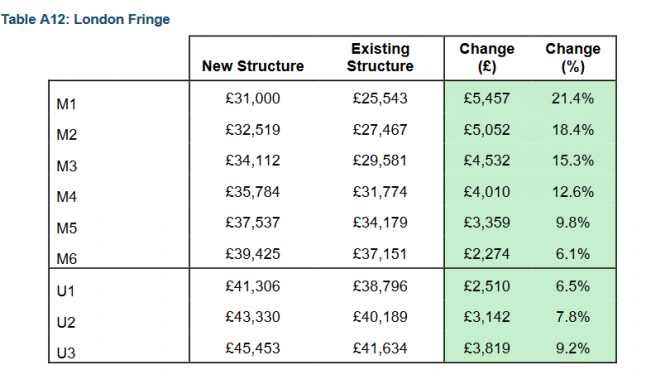 The government has done some workings out to produce an estimate of the benefits of the new pay structure (it’s quite complex to condense down here, but if you’re interested it’s on page 44).

Anyway, the upshot if the government reckons more than 1,000 extra teachers will be retained each year by 2022 (although the change represents just 0.25 of a percentage point of the current leaver rate of 9.8 percentage points).

But, the DfE says there is “significant uncertainty around this estimate”. They also admit it doesn’t mean there will necessarily be a fall in the number of leaves by 1,000 as “that will depend on a number of economic and other factors which impact on the teacher labour market in the interim”.

The DfE has asked the pay board to consider whether they want to “consider the role of progressions to the upper pay range in the future”. This is pretty woolly.

But, with the plan to move towards a less steep pay progression (as starting salaries will be massively hiked up to £30k), the DfE poses the question whether an upper range would continue to be a “valuable feature”.

The other option to consider is an opportunity to simplify the framework and create a “streamlined progression structure across a single classroom teacher pay range”. But any change won’t be introduced until 2020.