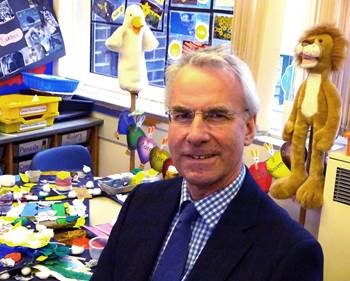 Learning progress in primary school pupils can be boosted by up to 16 per cent in a single year if classrooms are well-designed, according to new research.

Differences in the physical characteristics of classrooms such as air quality, colour and light can together increase pupils’ progress, says the report by the HEAD Project (Holistic Evidence and Design) at the University of Salford.

The findings follow the Government’s recent announcement of a £2bn investment in schools in England to improve buildings and classrooms as part of the Priority School Building Programme.

Funded by the Engineering and Physical Research Council, (EPSRC), the research shows that moving an average child from the least effectively designed classroom to a most effective one can increase the average child’s performance by as much as 1.3 sub-levels of the national curriculum in a single year.

Guidance from the Department for Education says primary school pupils are expected to progress by two sub-levels in a single year.

The Salford research team, led by Peter Barrett, Professor of Management in Property and Construction from the University’s School of the Built Environment, spent the last three years collecting data on 3,766 pupils and carrying out detailed surveys of 153 classrooms from 27 schools across Blackpool County Council, Hampshire Council and the London Borough of Ealing.

According to a spokesperson for the University of Salford, this is the first time clear evidence of an effect on learning due to the overall design of a physical learning space has been isolated in real-life situations. “Individual factors including air quality have been studied in the past, but how individual factors come together as a whole for real children, in real spaces, has proven difficult to quantify.”

The report takes the statistical findings and explains how teachers can “readily action many of the findings”.

Advice includes how to consider alternative layouts of a classroom, displays on classroom walls, and the best colour for walls.

Lead Researcher Professor Peter Barrett, said: “The research identifies many simple, quick and cost-effective ways for teachers to change their classrooms to make a real difference to a child’s performance in reading, writing and maths. We’re not talking about major investment on behalf of the school or local authority – quite the opposite. These are simple choices in how classrooms are used and evidence-based decisions when schools are being built.”

John Coe, Chair of the National Association for Primary Education (NAPE), said the research shows that daylight, temperature and air quality have the most influence on children’s progress –  and that a classroom environment which is neither over stimulating nor unduly calming is best.

Mr Coe concluded: “Perhaps surprisingly, the findings indicate that the salient features of the whole school do not matter most to pupils. The most powerful impact is made by the physical design of the particular classroom in which they spend such a vitally important time with their teacher.”

The findings in full and academic paper are published in the Building Environment journal. The full paper is available as an open access title here  The full Clever Classrooms  report and the (4 page) summary report are here.