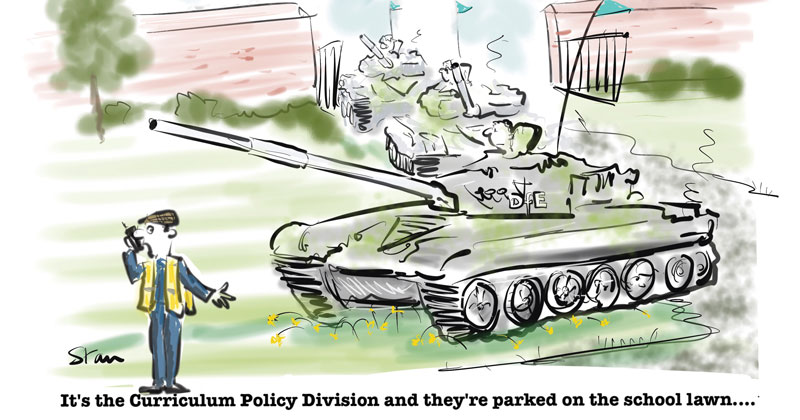 The defence secretary has announced that 31 new cadet units will open in state schools – but Schools Week analysis shows that just 81 state schools have been approved to have cadets since 2015, despite an injection of £50 million and promises to launch 100 units per year.

Sir Michael Fallon announced the new units under the Cadet Expansion Programme (CEP) at the Albion Academy in Manchester on Wednesday.
Twenty five state schools were approved to have new cadet units in November 2015, and 25 more came in November last year, according to a “state schools approved for CEP” document from the gov.uk website.

According to the Combined Cadet Force website, there are CCF contingents in “over 350 secondary schools” altogether across the UK. This time last year, the figure on the website was 300, and in 2015 it was 275 – but many are within independent schools.

The CEP was launched in 2012 by then-prime minister David Cameron and received £11 million to increase the number of state school cadet units to 100 by September 2015.

That total was met “six months early”, according to the CCF, leading the government to commit to growing cadet unit numbers to 500 by 2020.

In his 2015 summer budget, the former chancellor George Osborne said £50 million – raised through fines levied on banks – would go towards increasing military programmes in schools.

The CEP is designed to give pupils from a state school the chance to experience military cadet activities and prioritises schools in less affluent areas.

But Emma Sangster of ForcesWatch, a campaign group scrutinising army recruitment policies, is critical of the programme.

“The continual promotion of cadets in schools by ministers while education and other services for young people are being massively cut is further evidence that the government needs to make an educational case for what is a defence policy,” she said.

“A recent report to the prime minister about ‘filling the ranks’ recommended that cadets in schools should be utilised for the purpose of meeting recruitment targets.”

The minutes of a board meeting of the Combined Cadet Force Association on March 7 said there were “over 100 schools in the pipeline” for the CEP but also pointed to challenges expanding the programme.

Six failures in establishing cadet units have been noted so far. One example cited “money as the cause”, as cuts to school funding meant schools were focusing on “core activities and not on the extracurricular”.

A bad Ofsted report meanwhile forced another school to “switch” its focus.

A The Ministry of Defence spokesperson told Schools Week that as of September 22, there were 403 cadet units in schools in total. Of these, 214 were in state schools.

“Our Cadet Expansion Programme continues to help young people in less advantaged areas to benefit from being in the cadets,” he said. “We remain on track to meet our target of 500 units in schools by 2020.”