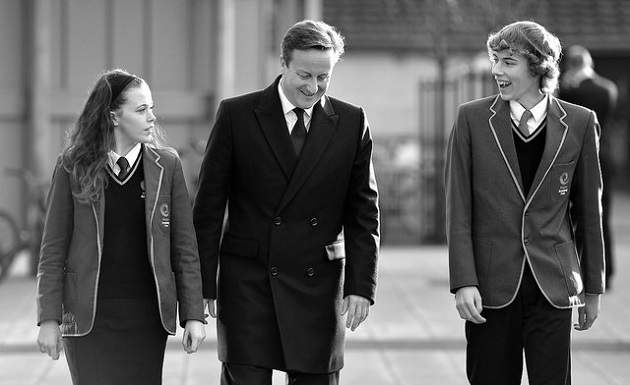 The first wave of newly-approved free schools announced this Parliament will consist of 18 new institutions, David Cameron has announced.

The Prime Minister said the 18 new schools will create 9,000 new places. Two rounds of schools will be announced per year between now and the end of the Parliament in 2020 in a bid to deliver the government’s election pledge of 500 new free schools.

The quantity of schools is lower than the 49 announced in March, but Mr Cameron has vowed not to “waver” from his target.

It is expected that in a speech today he will say that every family “should have access to a great local school” and describe free schools as a “crucial part of that aim”, adding: “The aim of this policy is crystal clear – to increase the number of good and outstanding school places so that more parents have the security of knowing their child is getting a great education.”

Education Secretary Nicky Morgan said the free schools programme had “sent out the message loud and clear” that parents should “never have to settle for anything less than the best for their child”.

Analysis of Ofsted inspection outcomes data for the 254 open free schools by former Schools Week reporter Philip Nye shows that of the 136 which have been inspected so far, 34 are outstanding, 72 are good, 24 are said to require improvement and six are inadequate.

The announcement has been criticised by the National Union of Teachers, which has been among the fiercest critics of the free schools programme.

General secretary Christine Blower said: “The government seems determined to start the new school term in the manner in which it concluded the last – peddling a series of untruths and misrepresentations about the ideological academy and free school programme.

“The Prime Minister says he will ‘not waver’. This is despite the growing body of evidence that the government is pursuing the wrong policies whilst ignoring the very real challenges facing schools.”

The latest wave of approved free school applications is as follows…

– Corby Free Special School, Northamptonshire. Up to 100 places. Set up by the Maplefields Teaching School Alliance.

– The Swan School, Oxford. 880 places. Set up by Cherwell School.

– MacIntyre Special Free School, Rugby, Warwickshire. 80 places for nine to 19-year-olds with behavioural, emotional and social difficulties and conditions on the autistic spectrum. Set up by MacIntyre Academies Trust.

– The Bridge AP Free School, Medway, Kent. 40 places for five to 11-year-olds with behavioural, emotional and social difficulties in Medway. Set up by the Delce Academy Trust.