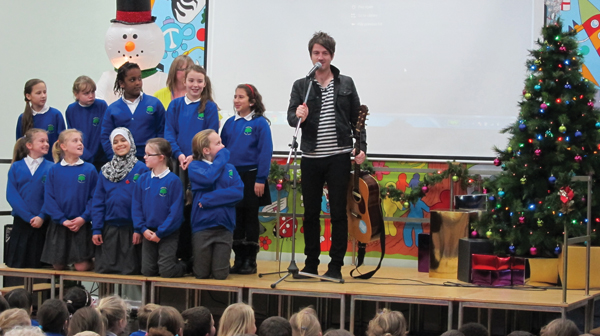 Singer songwriter Alastair Griffin treated pupils at a cycle-friendly Leeds primary school to a rendition of The Road, the anthem from this year’s Tour de Yorkshire.

Released as a duet with Girls Aloud star Kimberley Walsh, millions of TV viewers worldwide heard The Road during the Yorkshire grand depart of the Tour de France in July.

Ireland Wood launched its own 500m cycle track the same month and got in contact with Alastair via Twitter.

Jen Lansdowne, assistant head at Ireland Wood, said: “The children were honoured to perform The Road and enjoyed teaching him the Makaton signs. We now have lots of aspiring singers.”