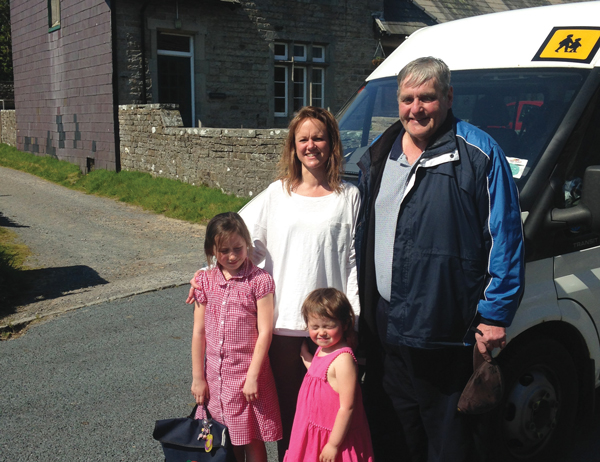 Government cutbacks are forcing councils to reduce their provision of free and subsidised transport for pupils to the legal minimum.

North Yorkshire county council is removing free home-to-school transport from September next year for pupils aged 8 and 11 who live between two and three miles from their normal catchment or nearest school.

Kent County Council also says it has to save £209 million over the next three years and so will increase the cost of its bus pass for 11 to 16-year-olds from £200 to £250 in September, a year after the price doubled from £100.

The chairman of the Local Government Association’s Children and Young People’s Board, David Simmonds, told Schools Week that financial pressures were forcing many councils to scale back to meet their legal obligations “rather than go far beyond that – which is what they did historically”.

In rural areas, he said councils had traditionally provided free transport, although it was not a legal duty. It was being eroded because of rising costs.

Hairdresser Charlotte Everett lives in the village of Hardraw in North Yorkshire and has two daughters aged 7 and 3. She told Schools Week: “It’s a bit of a shock. Most of the kids who get picked up here and a couple of other villages will be affected.”

She lives about two miles from her eldest daughter’s school and said the looming annual cost of £380 for a bus pass would be “difficult” and “an expense we don’t need. One of my friends has three children and one has two. It will impact on all our budgets.”

From September this year, North Yorkshire will also axe free home-to-school transport for pupils moving house in years 10 and 11 and whose parents wish them to remain at the school in which they started their GCSE courses.

The council estimates the cuts will save £200,000. It said it needed to find another £74 million in savings by 2020 on top of the £94 million programme already in train.

Matthew Balfour, Kent County Council’s cabinet member for environment and transport, said: “Of course it would be wonderful to be able to subsidise all children’s travel as we did, but the financial complications we suffer from at the moment means that it’s unaffordable.”

Some school leaders, however, are happy about the change.

Niall McWilliams, a former head of Carterton Community School, a rural school in west Oxfordshire, said he had campaigned against free travel as it was “not fair because school buses were driving past our front door to catchment areas that were much bigger”.

Kent County Council has said it will provide parents and carers with a free pass for a third or fourth child, and the cost of a pass will be frozen at £100 for some families on low incomes.