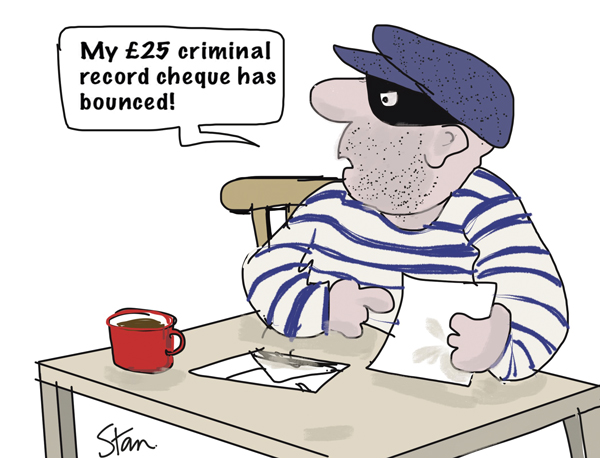 Researchers and businesses applying for access to the national pupil database may be “put off” by new rules demanding a £25 criminal record check with their application.

The Department for Education (DfE) announced last week that applicants must now submit a disclosure check when requesting sensitive information from its central database of pupil data.

Organisations and academics use the database – which includes exam results, pupil characteristics and absence figures – to produce research and analysis.

But the new hurdles could deter researchers from applying, says Jen Persson, a data specialist. She told Schools Week: “I commend the DfE for seeking ways to prevent inappropriate use of data, but the … check does not achieve this.

“It could put off bona fide national pupil database (NPD) research applicants, and paper over entirely the wrong problem.”

The checks will reveal details of all current criminal convictions. Applicants are advised on the DfE’s website to apply for the certificates from Disclosure Scotland.

They cost £25 and applicants must complete an online application form and send three copies of identification documents – such as a passport, driving licence or birth certificate.

Ms Persson added: “I am not convinced that this check is proportionate for working with datasets when the test is designed for those working with children.”

She said the process was “not fully thought out. It raises all sorts of application process steps for its administration at other locations who, by contrast, already handle data well for bona fide research.”

The pupil data has been collected since 2002.

Last year the DfE relaxed the rules so private companies could access data free for the purpose of “promoting the education or well-being of children in England”.

Owen Boswarva, an information rights campaigner, said: “It is a positive sign that DfE seems to be tightening up procedures for sharing of sensitive data from the NPD.”

However, he said he remains concerned at the extent it is sharing pupil data with outside organisations.

“The DfE has not done nearly enough to ensure schools, parents and pupils are fully informed about how pupils’ personal data is being used.”

Schools Week revealed in June that the Ministry of Defence (MoD) had been blocked from obtaining sensitive personal data to help “target its messaging” around military careers.

The MoD said the application was an “error”, but was criticised for its “inappropriate intentions” by campaign group ForcesWatch.

The DfE says the information is tightly controlled. It also releases a list of the outcomes of all third-party requests for access.

The data is divided into four categories, according to level of sensitivity.

Applications for school-level data, tier 3, and other pupil-level data such as attainment and absence, tier 4, do not need checks.

A DfE spokesperson said: “This data can only be accessed in very specific circumstances and it is entirely right that we continue to make sure that those who have access to it have undergone the necessary background checks. Disclosure Scotland checks are a standard vetting procedure and are usually completed in a matter of weeks.”