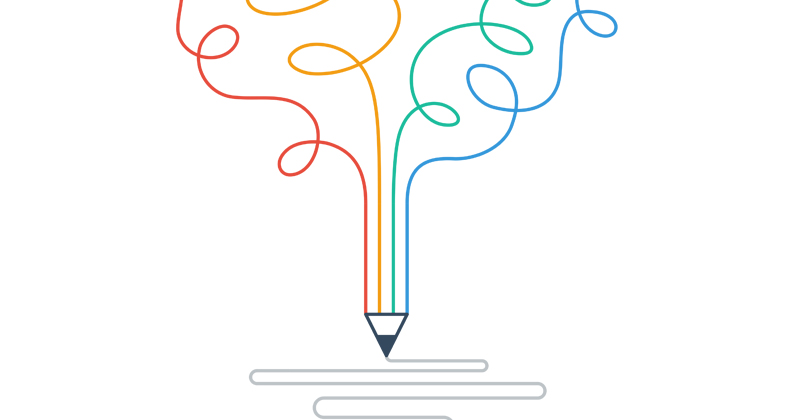 A knowledge-rich curriculum is vital, says Paul Carney, but students must learn what creative processes are and how they might be used in their own thinking

In his book Making Kids Cleverer, David Didau eloquently argues that the best way of improving children’s welfare is to teach them a knowledge-rich curriculum because this will make them cleverer.

I don’t have a problem with that – as long as we can be sure that our definitions of knowledge are broad enough to encompass metacognition and conceptual knowledge, as well as factual and procedural knowledge.

In fact I agree with Didau that increasing knowledge is vital to success. The best teachers don’t simply teach dry facts, they also teach students to understand that knowledge and make connections.

Creativity can be seen as a spectrum between the everyday type of creativity that we use to draw a picture, compose a piece of music or to decorate the house, and large-scale Creativity with a capital C that describes innovations that have been absorbed into, and affected the domain to which they belong.

Everyday creativity, or small “c” creativity, is the type that Didau talks about. If we define low-level creativity as any deliberate process or action we make, regardless of its quality, then most people would rightly agree that it is easy enough to achieve. But as soon as we begin to stipulate criteria for creative success it gets harder. So hard, in fact, that many people struggle to be creative, even at a low-level. Creativity at the higher end of the spectrum is harder still.

We are variable, unique, and haven’t all evolved to identically do one thing more easily than the other. Some people assimilate facts and skills much more easily than they can creatively apply them and vice versa. The idea that we find acquiring secondary knowledge harder than creativity is fraught, because it generalises what is a very individual trait.

Besides, we wouldn’t say to a child who is very knowledgeable “you don’t need to learn any more knowledge”, so why do we say it about creativity?

Creativity cannot be left to chance, it must be taught. When we study how the world’s greatest innovations came to be we can find familiar patterns. Sometimes a discovery is not made by increasing knowledge, but by accident as in the case of penicillin, or by sheer hard slog and diligence. Innovation often occurs through playfulness such as Delbrück’s “principle of limited sloppiness”, or as Richard Feynman did, by playing with patterns.

Innovation often isn’t about acquiring new knowledge, but by seeing the knowledge you already have from fresh perspectives; or even through conflict and argument such as Galvani and Volta’s famous electricity debates. Sometimes, innovation occurs through a lone genius with incredible insight, but not often. It’s collaboration that usually gets the job done.

The ability to visualise, to construct complex thoughts and actions is an essential trait of innovation, but we rarely make specific reference to it in our teaching. We teach visualisation indirectly such as predicting outcomes or sequences, rotations and transformations for example, but I don’t hear of many schools specifically measuring their students’ ability to visualise (even in art).

I’d love to be proven wrong, but the truth is that many teachers and educators don’t know that these creative processes exist, let alone how to teach them. Yes, we need to instil greater knowledge, we need a knowledge-rich curriculum, but we also need to teach creativity at the same time, not afterwards, because our future creativity depends on it.