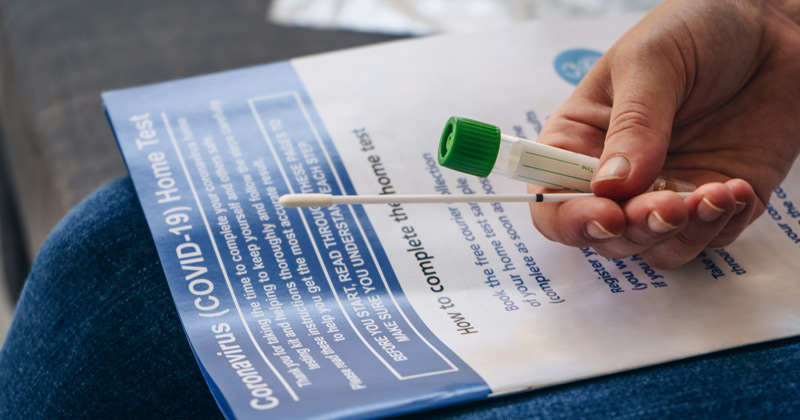 The Department for Education has set out how it will allocate funding to schools to pay for Covid testing of pupils and staff.

A £78 million funding pot was pledged in December, but further details about how funding would be allocated were scarce.

The DfE was also forced to pledge to reimburse schools that stood to lose out on funding after a last-minute change to the way allocations are calculated, as revealed by Schools Week last week.

Here’s what we know about the testing grants.

According to the DfE, schools and councils will receive a single payment in the spring to cover testing in the period from January 4 to the February half term.

The Education and Skills Funding Agency will make the payments automatically, and there is “no requirement” to make a claim.

The money will go directly to academies, while local authorities will be expected to pass on the cash for maintained schools.

2. Allocations will be based on test numbers

The government had previously told schools that their allocations of testing funding would be based on the number of pupils reported in the autumn census and an assumption about staff numbers.

However, as we revealed last week, the DfE changed its approach following the decision to partially close schools, and will now base funding allocations on the number of test results submitted.

Today’s guidance confirms actual allocations will be based “on the number of bays/desks calculated as needed to deliver the number of tests completed (measured by the number of test results recorded on the school or college’s individual account on the Test & Trace Log Results Website)”.

As part of this, the DfE will estimate the number of bays or desks a school would have required in order to complete the number of test results recorded “based on an average testing volume”.

There is a workforce planning tool available to help schools work out how much funding they could get.

Following a backlash from school business leaders, the DfE was forced to confirm last week that it would reimburse schools left out of pocket due to the funding system change.

The guidance sets out more detail on what is covered. It states that schools can claim for “excess costs” incurred by schools acting on advice issued before the partial closures announcement on January 4

Exceptional funding “will only be agreed” where schools committed to “expenditure, in excess of their funding allocations, to prepare for a level of testing activity that was no longer required”, it adds.

Schools will be expected to first “re-use any resources they had already paid for to support the revised testing requirements”.

But where additional resources have been purchased that could not be re-used, in excess of allocations, the DfE “will consider claims to
reimburse schools/colleges for reasonable costs”.

Claims “will also need to be supported by an invoice or other documentary evidence of the costs incurred”, the DfE added.

Schools will also be able to claim if they have had to hire additional premises or make “significant alterations” to their existing premises to conduct testing.

This funding will “only be available in exceptional circumstances where the funding allocation is not sufficient and after every other alternative option has been exhausted”.

Further details on how to claim for exceptional funding costs” will be made available shortly and will be covered by separate grant conditions”, the DfE said.

4. Only confirmed participants will get cash

All mainstream, special and alternative provision schools with secondary age pupils will be eligible for the funding, and it is to be used to support both the rapid one-off testing of vulnerable and key worker children and weekly testing of staff.

However, schools will only be eligible if they’re on the list of confirmed participants in the rapid testing programme provided by the Department of Health and Social Care.

“Each confirmed test site will have an agreed identifier to record test results. This will be used to identify participating institutions,” the DfE said.

Mainstream private schools are not eligible, but independent special schools are.

5. Funding is mostly for staff

The DfE has said it expects the funding will “mainly” cover workforce costs, but has acknowledged schools may also incur costs for equipment and waste disposal.

Institutions will have “discretion on how they spend this funding in support of testing”.

6. More cash for special schools and those in London

The DfE said it had accounted for “different staffing levels needed” for rapid one-off testing in special schools, special post-16 institutions and AP.

For those schools, they have assumed they will need a “higher number of test assistants”, and they will be paid a higher hourly rate “to reflect the likelihood of additional qualifications or experience”.

Eligible institutions in London will also be paid an “additional weighting” for workforce costs, the DfE has said.

This will be calculated “in accordance with the Ministry of Housing, Communities and Local Government’s general labour market rates”.

Schools receiving support from healthcare firm Medacs for administered swabbing requirements will have the cost of the support deducted from their funding allocations.