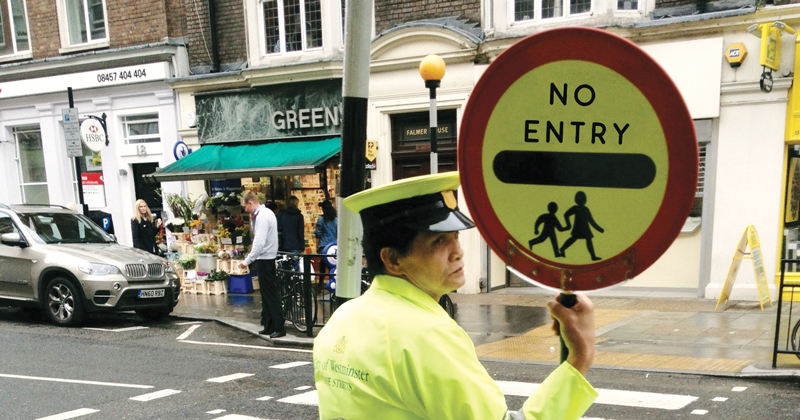 Councils across the country are slashing their school crossing patrol budgets despite growing pupil numbers and increasing child pedestrian injuries.

An exclusive investigation by Schools Week has found that more than two thirds of councils have cut their budget for crossings in the past three years, leaving many schools to cover the cost of keeping pupils safe.

Plymouth City Council spent 89 per cent less than it did three years ago, followed by Liverpool, which reduced its expenditure by 58 per cent.

Both councils say they told schools in their areas that they must pay for the patrols themselves – a situation mirrored in many other areas.

Jon Richards, head of education at Unison, said: “The government’s increasingly thin attempts to pretend that school funding is adequate clearly do not cover the massive cuts to local authority grants, which have a huge impact on school support services.

“To hope that schools will be able to pick up the cost of crossing patrols when they are already facing huge cuts to their budgets is a fantasy.”

Similarly, the number of casualties in the afternoon pick-up from 3pm to 6pm went up 2 per cent from 2,937 to 2,986 – a rise that has prompted many headteachers and councils to arm their school patrol officers with body cameras in an attempt to clamp down on dangerous driving.

Despite the rise in casualties, two in three councils slashed their school crossing patrol budgets over the same period, according to figures from 123 of England’s 152 local authorities.

Plymouth, which had by far the biggest percentage cut from £98,830 to £10,675, said the reduction was so drastic because the service was now “primarily paid for” by schools.

John Gibbons, a branch convenor for Unison in Liverpool, said the council’s proposal was “self-defeating” because half of the area’s schools would not be paying for the service but would still receive it?.

“Schools are getting battered now with their own budgets. What should you cut back on as a school who has to find £5,000 to pay for patrols that should be the council’s responsibility.”

The Liverpool spokesperson said the council did “recognise that schools are facing tougher financial circumstances” and had decided to reinstate this funding from the local authority’s base budget from 2017-18.

In Rochdale, council leaders were forced to scrap plans to charge schools for the services after half of its schools said they could not afford to pay.

Meanwhile, a consultation continues in Trafford on axing school crossing patrols altogether unless nearby schools or community groups pay for them.

The council’s bosses, who are aiming to save £380,000 a year, have been deluged with protests from irate parents and schools, with many heads saying they cannot afford to prop up the service.

And Walsall Council, which has cut its patrol budget by 36 per cent over the past three years, is proposing to get rid of 39 crossing patrols to save £85,000.

Matthew Draper, head of Mayfield Preparatory School, has started a petition on the council’s website to keep the service.

Unison’s Richards said: “We can now see that funding cuts are not just damaging children’s education they are increasing the risks to their safety.

“A missed lesson could cost a pupil a qualification. A missing crossing patrol could cost them their life.”