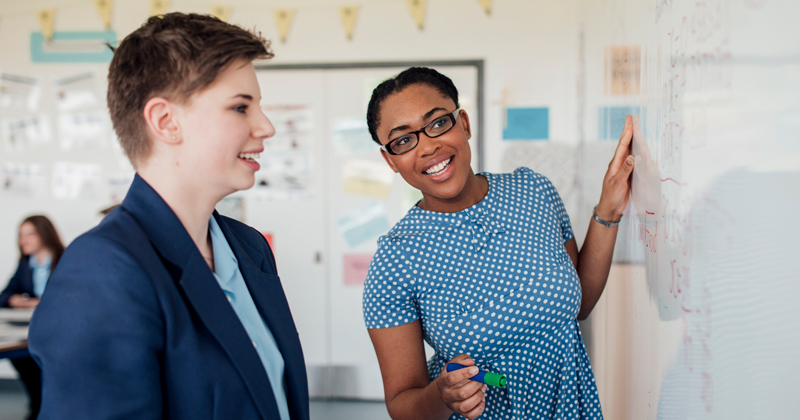 A council in the south of England is insisting schools consider “adequate preparation plans” ahead of Ofsted’s autumn “visits”, despite reassurances from the inspectorate that no preparation is needed.

Unions say the action by West Sussex confirms school leaders’ fears that the “visits” will create extra pressure and work for staff trying to get back on track after the nationwide closure of schools.

Ofsted announced earlier this year its inspectors would make interim visits following the return to full education this term. Routine inspections are suspended until next year.

The watchdog said inspectors would focus on helping parents and the public understand how schools were returning to their normal curriculum, insisting schools did not need to do anything to prepare.

But on August 17, two weeks before schools reopened, West Sussex distributed an “aide memoire” that included: “Does the school have in place adequate preparation plans for a one-day visit by Ofsted in the autumn term?”

After intervention from the school leaders’ union NAHT, the council said it would put off asking schools how prepared they were until later this term. However, it still planned to help them get ready for the visits.

When pushed for clarification, a council spokesperson said the aide memoire was issued “to guide informal discussions” around preparations ahead of the new academic year, adding the council had reiterated “Ofsted do not expect them to undertake any additional preparation for single-day visits”.

However, the spokesperson also confirmed the council “will be providing schools with some guidance on the key areas Ofsted have identified as their focus, ahead of any visits”.

It will not include additional tasks, but will allow the council to “provide any additional support as is required to assist schools who might be considered for a visit”.

A spokesperson for Ofsted reiterated that school leaders and teachers, who were “busy enough” at present, “should not do anything in advance of our visits this autumn”.

But Nick Brook, the deputy general secretary of the NAHT, said West Sussex would not be “an isolated case” and the council’s actions were “completely predictable” given Ofsted’s sway Ofsted within the sector.

He labelled the watchdog’s assertion that schools should not prepare as “lazy” and a “failure to acknowledge and accept” its impact on education.

“Whenever the name Ofsted is mentioned schools want to make sure they are adequately prepared.”

The inspectorate confirmed last week that an “outcome letter” would be published within 38 working days of a visit, a decision heavily criticised by unions.

“For the sake of a letter to parents we could be losing something that could be really important in providing the government with information in terms of what is going on on the ground.”

They said the letter would “feel like an inspection report” and “create an extra pressure on schools at a time when they are already juggling many demands”.

However, Ofsted said that “suggesting that we should not publish any information at all for parents after a visit to their child’s school is not acceptable”.

The watchdog said the aim was to provide parents with information about “what leaders are doing to help pupils back into full-time education” and letters would “not provide any evaluation or graded judgment”.

About 1,200 schools will be visited during the autumn term, including all ‘inadequate’ schools. Should “serious issues” be identified, the visits could become full inspections