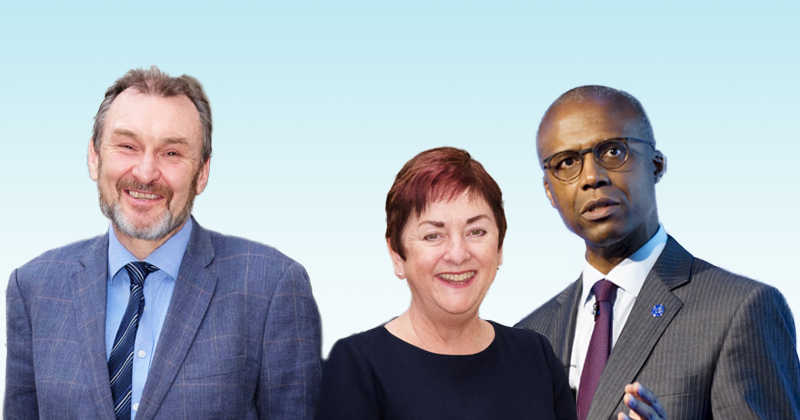 The leaders of England’s two largest teaching unions have come together with others from across the UK and Ireland to urge “significant caution” over plans to reopen schools.

Dr Mary Bousted and Kevin Courtney, joint general secretaries of the National Education Union, and Dr Patrick Roach, general secretary of the NASUWT teaching union, are among 11 signatories of a letter from the British Irish Group of Teacher Unions to education ministers in all UK jurisdictions and the Republic of Ireland.

The letter warns of a “very real risk of creating a spike in the transmission of the virus by a premature opening of schools”.

Ministers are currently drawing up plans for pupils to return to schools, which have been closed to all but the most vulnerable and children of key workers since March 20. Boris Johnson, the prime minister, has said he will set out a “comprehensive plan” this week.

However, concerns about a lack of personal protective equipment and coronavirus testing for school staff, and fears that social distancing will be “impossible” in schools once pupils return have led to growing warnings that schools could reopen too early.

“We are convinced by the experience of other systems that a critical tool in preventing a surge of infection is an established capacity to ‘test trace and isolate’ and we would argue that reopening schools before such a regime is in place, would be catastrophic to the rate of infection,” the unions’ letter said.

“Secondly, it is clear to all that schools can only reopen and operate safely if there are significant operational changes in place to ensure effective social distancing, strong hygiene routines linked to thorough cleansing practices, appropriate PPE available where required, and ongoing risk assessments in place to monitor operations.”

The unions warned that schools “cannot reopen as normal”, and said a phased return will be required, with “priorities established around attendance, which is likely to be part time for most pupils”.

It comes after the government asked leadership unions to survey their members on how best to phase the return of pupils to schools. The Association of School and College leaders has revealed that two options being considered are the phased return of certain year groups, and a rota system.

Dominic Raab, the first secretary of state, said at the Downing Street briefing that the evidence so far states “we wouldn’t be able to open up all schools without a very real risk that the transmission rate would rise at such a level that we would risk a second spike”.

In their letter, the teaching unions also impressed on the government “the need to consider equity”.

“We recognise that children from poor and challenged backgrounds and vulnerable children will inevitably require significant additional support as we move slowly back to a more settled situation,” they said.

The letter also calls on the government to “take teachers with them as we continue our societal response to COVID 19”, including “sharing all available data informing decision making … and above all listening to and respecting their collective expertise as practitioners by engaging meaningfully with their professional associations before arriving at decisions.”

Education secretary Gavin Williamson has said schools will reopen in a “phased manner”. He said last week that a sub-group of the SAGE scientific advisers to “look at the particular issues of opening schools, making sure that when schools are open it’s done in the best possible way with the very best scientific and medical advice”.

Some other countries have reopened their schools. Younger students in Norway and Denmark, for instance, returned to school in April, with around 40 per cent of schools in Japan reported to have reopened.

However the FT reported last week that Germany has postponed making a decision on reopening schools until May 6, saying they needed more time to establish the effect of loosening the measures.

Meanwhile, Italy has announced it won’t reopen schools until September.

A DfE spokesperson said: “Education secretary Gavin Williamson has not set a date for schools reopening.

“Schools will remain closed, except for children of critical workers and vulnerable children, until the scientific advice indicates it is the right time to re-open and the five tests set out by government to beat this virus have been met.

“We are also working closely with the sector as we consider how to reopen schools, nurseries and colleges and will ensure everyone has sufficient notice to plan and prepare.”