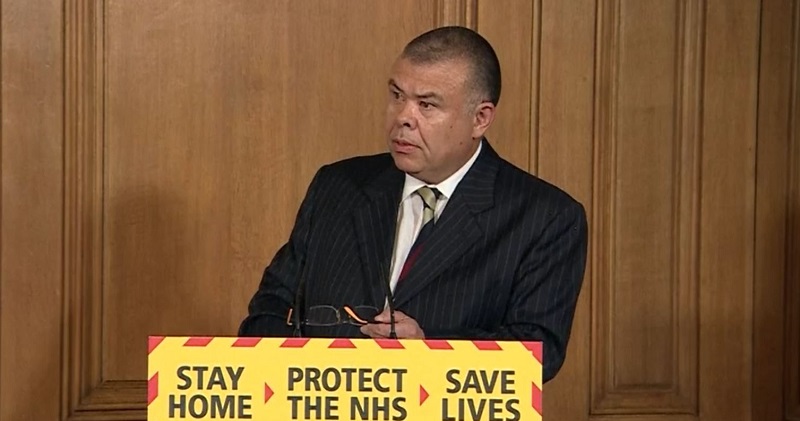 Social distancing of young pupils in schools “would be very difficult”, the government’s deputy chief medical officer has said.

Professor Jonathan Van-Tam told today’s Downing Street press briefing that discussions about schools reopening formed part of “detailed daily deliberating and study” about how, and crucially when the government might relax social distancing measures across the country.

Ministers and medical experts have repeatedly said they are not ready to set a date for the return of most pupils to schools, which have been closed to all but a small minority since March 20.

Van Tam said the country would have to be “very careful indeed about how we relax social distancing measures and when we do it.”

“And clearly there are multiple combinations of how one might think about that. I’m not going to go into those in detail because the scientific thinking is not yet complete or settled on those.

“It is still a matter of detailed daily deliberating and study. And clearly, as part of that, relaxing schools is in the mix.

“Precisely how one would do that I’m not going to comment further because I think there are multiple permutations that you can think of, and we have to work through those carefully, one-by-one, scientifically, and get the best and the most optimised answer we can.”

It comes after Gavin Williamson, the education secretary, told the Parliamentary education committee earlier today that he had commissioned a sub-group of the government’s Scientific Advisory Group for Emergencies (SAGE) to “look at the particular issue of opening schools”.

Professor Chris Whitty, the government’s chief medical officer, told Monday’s briefing that although most children don’t get coronavirus or only suffer minor symptoms, there was “no doubt” that pupils’ attendance at school had an affect on the infection rate or “R-value” of the disease.

“So if you close schools, the R goes down. It’s part of the collection of things that were done in March to try to pull the R from where it was, near 3, to where it is now, below 1.

“It’s only one of [the measures]. If you did it on its own it wouldn’t be enough, but if you stop doing it, you would actually lose some of the benefit that we’ve currently got.”

Whitty also pointed to an ongoing debate in the science community over “what contribution do children make to the actual spread of this virus between families around the country”.

“But unfortunately we do not yet have direct data that really helps us,” he added.

“And so while I think it remains the case that we think that the contribution of children at school to the spread of this virus is probably less than, for example, the flu, we do think it certainly contributes.

“And what we’re trying to work out is what proportion of the [infection rate] it contributes, and therefore if children went back to school, how much closer to 1, and that’s in a bad way, could it even tip us above one, and what could we try to do to minimise that.”