Secondary schools can invite pupils from any year group to attend face-to-face meetings, as long as it is keeping with “wider protective measures”, new government guidance states.

Guidance released today sets out expectations for schools offering face-to-face support for a quarter of year 10 and 12 pupils, which ministers said should begin this week.

This support is encouraged to supplement remote learning which should remain the “predominant mode of education during this term for pupils in these year groups”.

However, the Department for Education has also said this provision can be extended to pupils in other year groups.

The DfE had previously only talked about pupils in year groups with exams next year returning before the summer break.

“We know that secondary schools are keen to invite pupils in other year groups in for a face-to-face meeting before the end of this term, where it would be beneficial.

“As long as this happens in line with this and wider protective measures guidance, and guidance on the numbers of pupils permitted on-site at any one time, we would encourage this where possible.”

The government said the time should be used to check in with pupils and ensure they are supported before a return to school from September or moves into employment or the next stage of education. 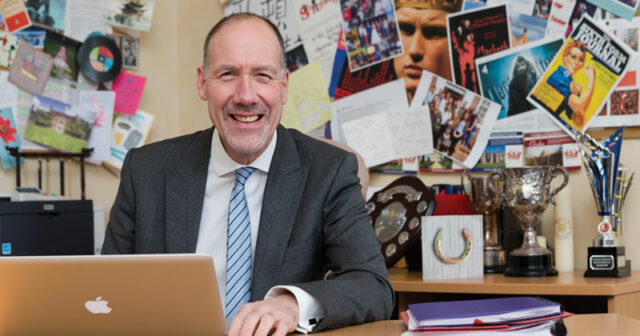 Geoff Barton, general secretary  of the Association of School and College Leaders (ASCL) said it is “pleased that the government has listened to our suggestion that all schools and colleges should be able to invite pupils in for a one-off ‘check in’ session before the end of term”.

“This will help teachers to get a clearer sense of how pupils have found learning from home, to check on their wellbeing, and to plan further teaching.”

However Barton said these changes “do not make up for the lack of a long-term, strategic plan for education over the coming months”.

He added: “What we really need is the government to join with the profession as a matter of urgency, in developing a national plan to bring more children back to school as soon as possible, and provide support to help children catch-up with missed learning.”

It comes as data from Teacher Tapp shows secondary schools are using a wide variety of approaches to bring pupils back.

Among the most deprived schools, 23 per cent have opted for a one-day-per-week approach, with 22 per cent having in for a half day per week and 32 per cent opting for other options.

They survey data also shows that maths, English and science are being prioritised for classroom teaching before the summer holidays, and that three subjects is the most common number being taught to year 10 pupils.