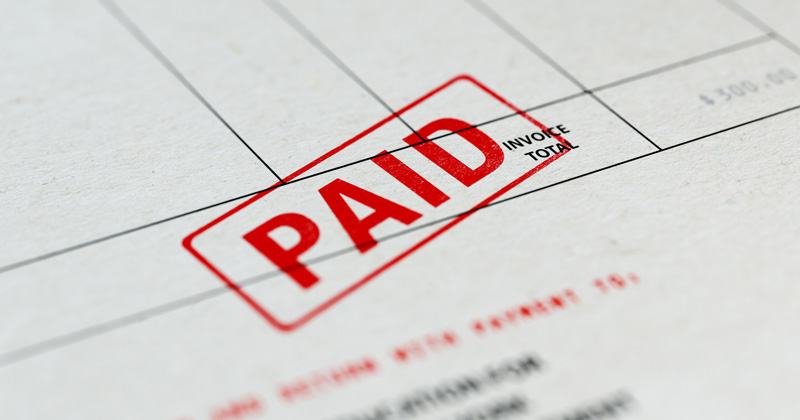 Schools across England are stepping up to save small businesses in their supply chains by speeding up payments – with one trust asking some suppliers to invoice early for next year’s services.

But although there is broad support for the move – following instructions from the government for schools to help keep their suppliers going – business leaders have warned about potentially losing cash from any businesses they have paid and which then go on to collapse.

We have a secure income, so there’s absolutely no reason why we shouldn’t be using that income now to pay early

The government released new guidance for public bodies last week, telling them to continue to pay suppliers “as normal”, even if their service delivery is disrupted or suspended by coronavirus.

It follows confirmation from the Department for Education that schools will continue to get their normal budgets throughout the period of closure, and that they will be able to claim back money to cover additional costs because of the coronavirus outbreak.

Jonny Uttley, chief executive of The Education Alliance academy trust, said his chain had tried to introduce next-day payments “as much as possible”, and said he was having daily check-ins with finance teams to sign off payments that would usually take weeks.

He also said the trust was working “to see if there are any organisations we can ask to invoice upfront”.

One organisation asked to do so is education technology company U-Explore. The trust uses their “Start” online careers advice platform, and Uttley said he was particularly worried about small ed tech firms.

“One of the things I have asked them to do is invoice us for next year,” he told Schools Week. “Companies like that are really crucial for schools. If they couldn’t function, we would lose an amazing product.”

The trust also uses local butchers for some of its schools. They have been assured they will be paid quickly.

“Unlike many other organisations, we have a secure income, so there’s absolutely no reason why we shouldn’t be using that income now to pay early for the things we were always going to have to down the line,” Uttley added.

In Norwich, local taxi firm Enterprise, which normally ferries children to and from school, has been enlisted by the Inspiration Trust to deliver free school meals to children at home.

“Their work has reduced and this is a way to help the drivers,” said Micon Metcalfe, the trust’s acting chief operating officer.

Elsewhere, the Northern Education Trust and Delta Academies Trust have both pledged to pay all invoices within ten days and some within five, rather than the usual 30-day period.

“It is clearly vital, if small businesses are to continue to operate successfully and protect their workforce’s livelihoods, that they are paid not only time, but ahead of time, through this period,” said Delta CEO Paul Tarn.

But Matthew Clements-Wheeler, the chair of the Institute of School Business Leadership, warned that schools were “considerably smaller business operations” than many public bodies and that they “may well be nervous making payments in advance to suppliers they deem at risk financially”.

Clements-Wheeler also warned that the “lamentable practice” in some schools of employing finance staff on term-time only contracts could affect their ability to place forward orders over Easter “or to offer fiscal comfort to their suppliers of the sort envisaged by this government guidance”.

Metcalfe said the government’s approach was a “good idea”, but said some schools “will still use cheque payments and some may have limited staff able to do it”.