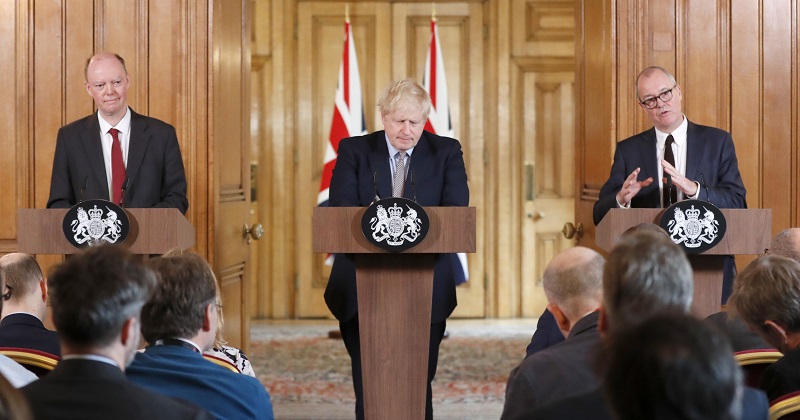 The government could close schools and order others to take extra pupils from elsewhere under new coronavirus contingency plans being drawn up in Whitehall.

Boris Johnson has said that schools should not close “in principle”, and Public Health England has said they should remain open unless told otherwise.

But a joint action plan issued by the UK, Scottish, Welsh and Northern Ireland governments earlier this week stated that school closures could be considered as a way of slowing the spread of the disease.

Japan and Italy, which both have a much higher number of cases than the UK, have already closed all their schools as a preventative measure.

Downing Street has also briefed journalists that emergency legislation being drawn up is likely to allow schools to ignore rules governing class sizes and pupil-to-staff ratios in the event that some institutions have to take on children from others that close.

As of yesterday, 115 people had tested positive for COVID-19 in the UK, including a small number of school pupils.

However, England’s chief medical officer Chris Whitty said earlier this week that there is “no evidence at the moment that children are particularly badly affected by this virus”.

“Currently the evidence, from China at least, would imply that children have much less of this disease. That’s either because they’re getting it less often, or that they are getting it but it is much milder.”

Whitty also revealed that scientists are currently analysing whether the impact of school closures on the spread of the disease would “justify the considerable burden” it would place on parents.

The spread of the disease and speculation about closures has prompted schools to consider how online learning can be deployed in the event that they do have to shut their doors, with YouTube even suggested as a potential teaching tool.

Geoff Barton, the general secretary of school leaders’ union ASCL, said the discussion would be revealing about schools’ readiness to take advantage of technology.

He told Schools Week the outbreak was “leading people to say some pretty madcap ideas that, you know, we’re going to have the nation’s children sitting at home watching YouTube videos of their teacher doing a history lesson, or whatever”.

“I do wonder whether actually it might be a useful point to focus on what we could be doing, what would make it easier for a child who maybe isn’t in school on one particular day to be able to access resources.”

But even virtual learning will become tricky if large numbers of schools close, because many teachers themselves will have to care for their own children.

Data collected by Teacher Tapp in 2017 suggests just over a quarter of teachers have children aged between two and 12.

The NASUWT teaching union said it has seen “increased covert and overt racial attacks perpetrated against some minority ethnic pupils and NASUWT members”, and called for new guidance from the government on how to handle the incidents.

It follows a number of cases of racist abuse and xenophobia against people of east Asian appearance.