Around 1 per cent of pupils are attending school under the coronavirus lockdown, new data from the Department for Education shows.

Data from 12,800 establishments found around 61 per cent remained open as of last Friday, when attendance fell to 0.9 per cent of pupils who normally attend (84,000).

Analysis by the DfE shows attendance fell sharply from 3.7 per cent (almost 350,000 pupils) on the first day of school partial closures to 1.3 per cent (less than 150,000) at the beginning of the second week.

Attendance has continued to fall, and hasn’t risen above 1 per cent since early April.

The analysis also shows a corresponding fall in the number of teachers in schools, from almost 300,000 when partial closures began to just over 50,000 as of last Friday. 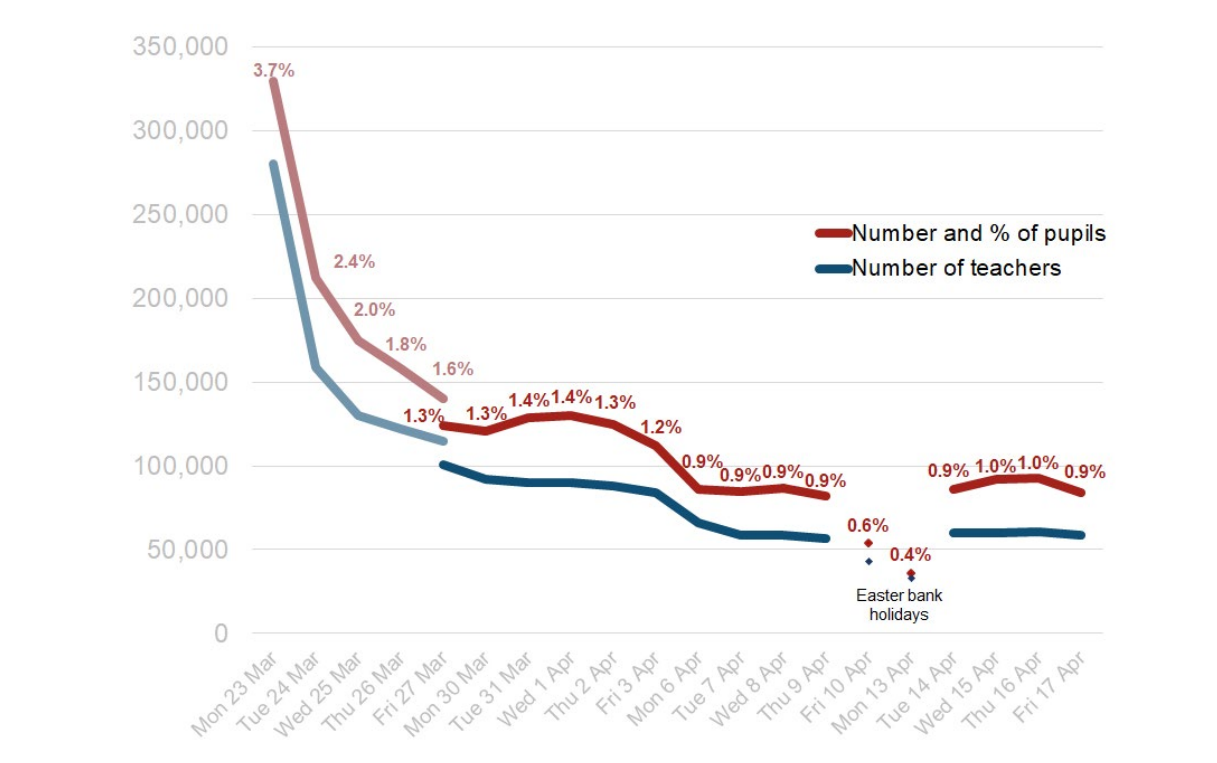 The DfE estimates that around 5 per cent of children considered “in need” or with an education, health and care plan, and 2 per cent of all children of critical workers.

The government has pointed out that it changed its methodology for the analysis following the first week of the collection.

Between March 23 and 27, analysts assumed that schools that did not respond to the survey were “as likely to be open as those that did provide a return”.

However, figures from Monday 30 March onwards in the analysis are based on a new methodology that no longer makes this assumption, the DfE explained.