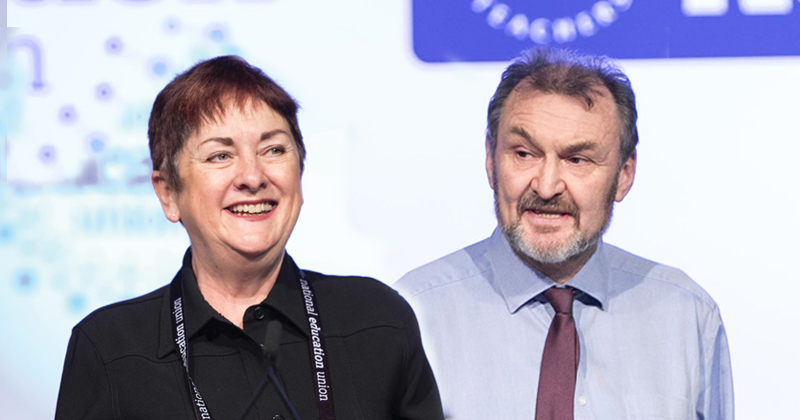 The National Education Union has said its questions about the safety of reopening schools have still not been addressed after a government scientific briefing.

The union, which represents more than 400,000 teachers, leaders and support staff, said it was “pleased” with the meeting with government science and medical officers but that “very many questions that we asked were not addressed in the time available”.

Unions were invited to the briefing in an attempt to address growing concerns about the government’s aim to have children start returning to schools on June 1.

In a statement published this afternoon, joint NEU general secretary Kevin Courtney said: “We think it is very important that all the questions are answered and in public written form. This is important for transparency and for other scientists to comment on.”

The union also said that Sir Patrick Vallance, the government’s chief scientific adviser, had said information and papers from SAGE would be published “and that they will prioritise its release”.

“We have also asked to see any commentaries or papers produced by Public Heath England that comment on the Department for Education’s guidance,” the union added.

“We were told that we are in the foothills of knowledge and there is still a lot of uncertainty about the science, for example, we were told children’s likelihood to transmit Covid-19 is not more than adults but only that it may be less than adults.

“Just yesterday the Office of National Statistics suggested that age does not affect the likelihood of being infected. Today we heard that there are cases where children do act as the index case.”

The NEU has also outlined the questions to which it feels it still has “no understandable answer”. These are as follows

It comes after the British Medical Association, a trade union and professional association for doctors, backed the National Education Union’s five tests for reopening schools.

In a letter of support sent to the NEU, Chaand Nagpaul, the BMA’s council chair, said the organisations public health medicine committee had “considered the evidence available on the reopening of schools and has found it thus far conflicting”.

This is “perhaps unsurprising, given the relatively small amount of research available and the unchartered territory we find ourselves in”, Nagpaul said.

He pointed to a study in New South Wales which found “very little transmission” associated with schools, and a “more recent” paper in Berlin which suggests children are “just as likely to be infected as adults, and may be just as infectious”.

“We therefore need to know a lot more about the infectivity of children. In light of these studies, however, the view of members of the PHMC is completely algned with the NEU that, until we have got case numbers much lower, we should not consider reopening schools.”

The NEU’s five tests are: much lower numbers of cases, a national plan for social distancing, access to regular testing for children and staff, a whole-school strategy and protection for the vulnerable.

“The NEU is absolutely right to urge caution, to prioritise testing and to protect the vulnerable. We cannot risk a second spike ot take actions which would increase the spread of the virus, particularly as we see sustained rates of infection across the UK,” Nagpaul added.

Gavin Williamson, the education secretary, said: “I want to reassure parents and families that we are giving schools, nurseries and other providers all the guidance and support they will need to welcome more children back in a phased way and no earlier than 1 June.

“That’s why we have engaged closely with stakeholders from across the sector throughout the past seven weeks, including the trade unions, and today we arranged a detailed briefing for them with the scientific and medical experts.”