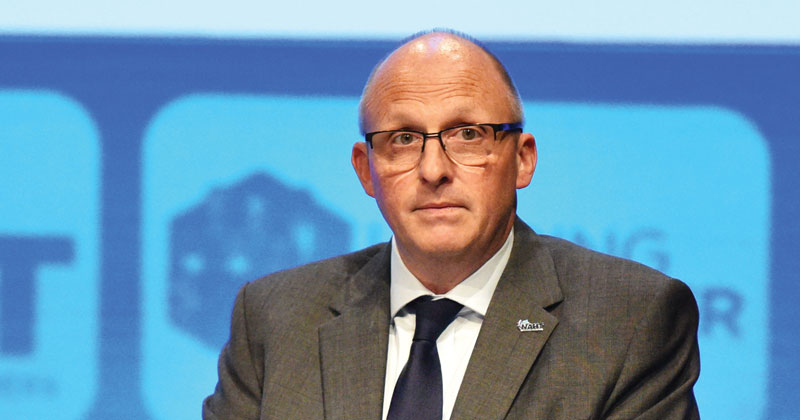 The country’s largest headteachers’ union was not consulted on the government’s proposal to allow certain year groups to return to school on June 1, its general secretary has revealed.

Paul Whiteman, the leader of the National Association of Head Teachers, which mostly represents primary school leaders, told the Parliamentary education committee this morning that conversations between his union and the Department for Education over its plans to phase the reopening of schools had been “much more general”.

It comes as two unions representing education staff urged their members to not to engage with planning for a June 1 return (see below).

The prime minister announced on Sunday evening that he hoped pupils in reception, year 1 and year 6 would be able to return to schools on June 1, which would have been the first Monday back after the May half term break for most areas.

He also set out an “ambition” to allow secondary school pupils with exams next year “at least some time with their teachers before the holidays”, with all primary pupils back at school for a month before summer. Last night, further details were published.

Asked this morning what specific consultation the DfE had conducted with the NAHT about the proposed return date, Whiteman said: “We’ve been engaged with the dept on a regular basis over the last few weeks to talk about the worries and the barriers, but specifically over the date and the year groups that were suggested in the last 24-48 hours, no we haven’t been consulted on that specifically.

“But as I say, there have been much more general conversations on an ongoing basis.”

The revelation is likely to add to concern among headteachers that the June 1 date is too early for pupils to return, even with a phased approach.

The NAHT has raised significant concerns about the government’s proposals, particularly around how social distancing will be achieved under the plan.

For example, the DfE’s guidance states that classes in primary schools should be split in half, with smaller groups capped at 15.

But Whiteman told the committee this morning that “if it’s social distancing as we currently understand it, members are telling us that their building sizes on average would only accommodate classes of 10 to 12 rather than 15”.

“So straight away we’re getting into practical difficulties,” he said.

‘Do not engage with planning for a June 1 return’

Jon Richards, Unison’s head of education, tweeted yesterday: “Colleagues, tomorrow we will work with other education unions to agree a joint position on returning to schools in response to tonight’s additional guidance from the DfE (England).

“Until then we advise members not to engage with planning for a June 1 return. Statement tomorrow.”

And today, Kevin Courtney, the joint general secretary of the NEU, tweeted: “Education unions intend to work together.