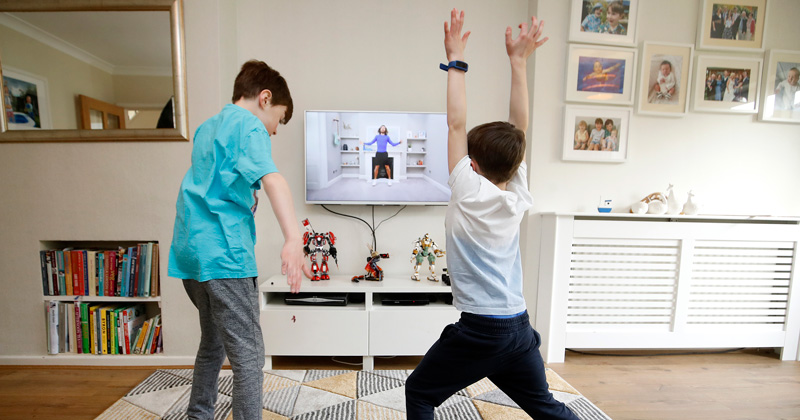 School leaders are worried about a widening inequality gap as state schools fall behind their private counterparts in using online teaching platforms to educate housebound pupils.

A survey by pollsters Teacher Tapp found three-quarters of private school teachers had set work through an online learning platform, compared to 65 per cent of state-funded schools.

Teachers in the state sector are far more likely to hand out physical workbooks or sheets – 36 per cent – compared to 17 per cent of private schools.

Also, it appears private schools are more likely to have direct interaction with pupils. When asked on Monday, a quarter said they had spoken to a student over an audio or video call – compared to just four per cent of state-funded schools.

Some are concerned the better facilities on hand for private schools will enable them to boost grades for pupils this year.

Exams regulator Ofqual has said it will award grades based on teacher assessment, but has not provided further details.

Brian Crosby, chief executive of the Hope Learning Trust, said: “We cannot allow the current crisis to degenerate into an exam apartheid system with the more affluent families in independent education or in middle-class families having greater access to resources and therefore getting better exam grades while the more disadvantaged are going to get lower grades in the summer.

In secondary schools, 82 per cent of state teachers were using these online resources – which was actually more than the 80 per cent in private schools.

But differences began to show when comparing use of more expensive online platforms. For instance, 27 per cent of teachers in private secondary schools used online video conferencing, compared to just two per cent of state secondaries.

This was also mirrored in the use of “online chatting” platforms. But this may be because state schools have more pupils unable to access the internet.

Around 2.5 per cent of the cohort at Consilium Academies, which has eight secondaries in the north-east and north-west, do not have access to online resources. The trust instead has a system where pupils can drop off work and collect new packs, which the school is printing off, in line with lockdown rules. Consilium is also carrying out telephone checks during the week and hopes to do YouTube videos of teachers delivering lessons.

On the whole, it seems fewer than expected pupils turned up to schools this week. Geoff Barton, general secretary of the Association of School and College Leaders, said this would “help schools manage staffing rotas in a way that delivers these [home-learning] requirements”.

Schools are differing in the type of work they set. Some are offering more recreational activities, such as joining in on the daily exercises classes by the “body coach” Joe Wicks.

Stuart Lock, CEO of Advantage Schools, said they had implemented a timetable with resources uploaded every day on the Show My Homework platform – used by children both in and out of school. They are sticking as closely as they reasonably can to the curriculum.

The Sir Robert Woodard Academy, in West Sussex, is also using Google Classroom for teachers to run classes with pupils in and out of school at usual lesson times.

Out of 1,084 on the school roll, just 30 were on the premises on Monday and about 80 per cent of pupils logged on at home.

Schools are also using rotas to ensure staff get a break.

At Delta Academies Trust, staff are put into groups and each assigned to an eight-week rota containing two weeks’ holiday, two weeks in the classroom and then four weeks working from home (two of which are classed as “first reserve”).

However, Barton was particularly concerned that “some vulnerable young people who are at risk of abuse or neglect while they were out of school, may not be attending”. He added ASCL would be trying to gain a better understanding of the situation.