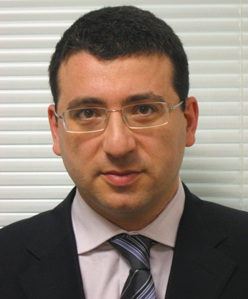 Security is being stepped up at England’s Jewish schools, following the terrorist attacks in France and elsewhere – with cash coming from a grant of around £2 million a year, promised by former education secretary Michael Gove for the lifetime of this parliament.

The increased security comes after warnings of copycat terrorist attacks in Britain. Education secretary Nicky Morgan said this week that Jewish schools “are having to worry ever more about their security”.

Ms Morgan told the House of Commons that she would be “open to further conversations” on funding, because “all children must go to school free of fear, and be able to concentrate on their studies. Their families must know they are secure when they are in those school environments.”

Part of the £2 million grant will be given to the Community Safety Trust (CST), which funds security measures for synagogues and Jewish schools. Trust spokesman Mark Gardner (pictured) told Schools Week that the recent attacks “were another horrible reminder of why we already invest so heavily in security in schools.

“There is now a risk of copycat attacks following Paris, so we have to find a way of stepping up security in general – while providing a healthy and welcoming environment for Jewish schoolchildren.”

School security was already at the forefront of the Jewish community’s mind and was “horribly reinforced” after the murders of three Jewish schoolchildren and a teacher in a 2012 Jihadi attack outside their school in Toulouse.

By the start of this academic year, there was an awareness that antisemitic incidents had increased in England, Mr Gardner added.

“A lot of concerns were expressed at the end of the summer when schools returned. This was as a result of a large number of antisemitic incidents during July and August all over the UK, the number of which was unprecedented.”

There are about 100 Jewish schools in England; about 40 are voluntary-aided, the rest are independent. Most are in London, but there are also schools in Manchester, Leeds, Liverpool, and Birmingham.

Mark Rowley, national policing lead for counter terrorism and assistant commissioner for the Metropolitan Police, said the global picture of terrorist activity “does give us heightened concern about the risk to the Jewish community in the UK”.

He said, “In addition to our existing security measures, we are in dialogue with Jewish community leaders about further actions that we will be taking, including more patrols in key areas.”

In a statement, the CST said that the police had contacted it immediately before the announcement that it would boost security, although they “stressed that there is no specific intelligence suggesting an imminent attack against the Jewish community”.

It said it had raised its own threat levels.