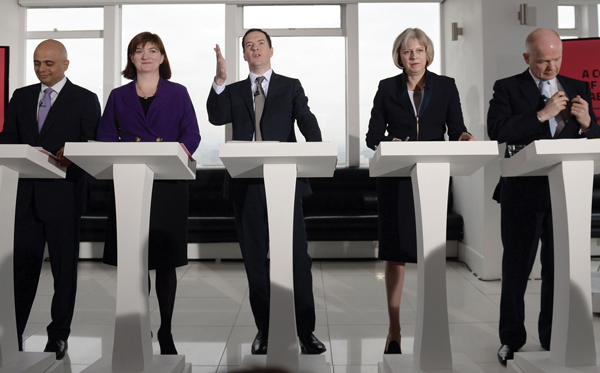 Labour’s education plans would cost more than £1.8 billion in additional funding, according to estimates produced for the Conservatives.

However, questions have been raised about the assumptions underpinning the estimate with Labour accusing the Conservatives of “untruths”.

The policy costings, revealed at a press conference this week to kick-start debate ahead of the general election in May, were released as part of a raft of documents describing the expected financial impact of opposition plans.

Based on assumptions provided by the Conservatives, the Treasury estimated that Labour’s policy of bringing in directors of school standards, as a ‘middle tier’ of accountability for schools, would cost between £66 million and £68 million per year.

The cost of Labour’s plan to require all teachers to gain qualified teacher status was estimated at £386 million over five years.

And the cost of expanding the number of university technical colleges (UTCs) – based on an estimate of 100 more UTCs – was put at £1.4 billion over the next decade.

Some Labour figures have called for an expansion of the UTC policy, with former Labour education minister Andrew Adonis last year proposing that 100 new UTCs be established. Shadow education secretary Tristram Hunt has previously refused to give his backing to this target, however.

In a statement, Mr Hunt said that the costings were “riddled with bogus claims and untruths”.

He also said: “Labour has made no unfunded spending commitments. We are undertaking a zero-based review of departmental spending.”

After reviewing the estimates, Professor John Howson, a senior research fellow at the University of Oxford and a Liberal Democrat councillor, said the costing of Labour’s qualified teacher policy lacked detail.

Based on published unqualified teacher numbers, Prof Howson said the cost of training each teacher without qualified status may have been estimated at around £9,000.

Part-time, on-the-job training could, however, be provided at a cost closer to £3,000 per trainee he said – meaning that the Treasury estimate was “way over the top”.

Robert Hill, a visiting senior research fellow at Kings College London and former adviser to former Labour Education Secretary Charles Clarke, described the costings as “game-playing”, and said he could not take them seriously.

On the contrary, he suggested that by rearranging school oversight he thought the director of school standards policy could be cost-neutral, or even lead to savings.

The Liberal Democrats distanced themselves from the costings. A spokesperson for the party said: “In this parliament Liberal Democrats have ensured school budgets were protected. In the next parliament we also want to protect funding for the early years and 16-19 education.

“Unless the other parties say they will also protect education funding, parents and teachers will find their squabbling completely irrelevant.”