Computing teachers without qualifications in their subject will receive at least 40 hours of continuing professional development through an £84 million programme announced in the chancellor’s autumn budget.

In a written answer to a question from Labour MP and shadow minister Chi Onwurah, Gibb said the package would include a “national, intensive” CPD programme of at least 40 hours.

This will ensure that existing computing teachers “have the knowledge needed to teach the new computer science GCSE”.

The programme will be designed for current computing teachers who don’t have a post-A level qualification in computer science. Ministers want the scheme to reach up to 8,000 secondary teachers, “enough for there to be at least one in every secondary school”.

Proposals to boost computer science teaching were announced last month ahead of the chancellor’s autumn budget. It was initially said that £100 million would be available, but this had fallen by the time the budget was announced.

The money allocated by the Treasury is expected to cover the cost of the CPD, which would treble the number of teachers trained to deliver the computing curriculum to 12,000 by 2022. It will also pay for the establishment of a new National Centre for Computing, which will produce training material and support schools. 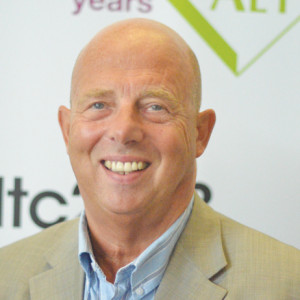 While some school leaders welcomed the announcement in November, others warned it is not enough to solve the problems the schools community has had with delivering the computer science curriculum since it was introduced in 2014.

Bob Harrison, who chaired an advisory group to the Department for Education on computing in 2013, warned of a “crisis around computing in schools”, and said a “range of qualifications available across the spectrum of computing” were needed if it was to be solved.

In January, the shortage of computing teachers was officially recognised when the subject was added to the “shortage occupation list” by the Migration Advisory Committee. This lifted restrictions on hiring subject specialists from outside the EU.

A previous attempt to use additional government funding to recruit more computing teachers fell well short of its target.

The British Computer Society was handed £3 million to train 400 “master teachers” by March last year. But only 350 had actually been trained by this June, and they only reached around only 18 per cent of schools.