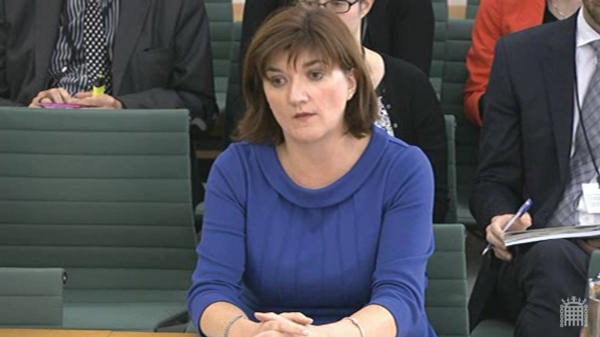 Education secretary Nicky Morgan has today unveiled the criteria for what makes a “coasting school” as part of the Government’s drive to intervene in schools where pupils are not achieving their potential.

The new measure will first be used in the summer of 2016 to define schools eligible for intervention if they cannot show a “credible” improvement plan.

Secondary schools that fail to ensure 60 per cent of pupils achieve five A* to C GCSE grades and have a below average proportion of pupils making expected progress between key stage three and four during 2014 and 2015 will be classed as coasting, if they also fail to meet a threshold Progress 8 level in 2016. This threshold level is yet to be defined.

Primary schools with less than 85 per cent of children achieving level 4, over each of three years, and with below average proportions of pupils making expected progress between the ages of seven and eleven will also be defined as coasting.

Based on current performance, the department says the definition, once brought in, will apply to hundreds of schools.

Education Secretary Nicky Morgan said: “For too long a group of coasting schools, many in leafy areas with more advantages than schools in disadvantaged communities, have fallen beneath the radar.

“I’m unapologetic about shining a spotlight on complacency and I want the message to go out loud and clear, that education isn’t simply about pushing children over an artificial borderline, but instead about stretching every pupil to unlock their potential and give them the opportunity to get on in life.

“I know that schools and teachers will rise to the challenge, and the extra support we’ll offer to coasting schools will help them do just that.”

The new Progress 8 measures, which captures pupil progress, will become a central school performance measure from 2016. By 2018, the definition of coasting school will be based purely on progress data.

Ms Morgan has previously said that schools defined as ‘coasting’ will be required to draw up an improvement plan.

The government’s eight regional school commissioners will then decide if the plan is “credible”. If it isn’t, the school will be turned into an academy.

Ms Morgan says this will help hundreds of schools that previously “fell beneath the radar” and focused on getting lots of pupils over a C/D borderline or had high achieving intakes but low progress.

Shadow education secretary Tristam Hunt said: “No parent wants their child to be schooled in an inadequate, failing or coasting school. “But these plans mean that it is likely that underperforming schools will simply pass from one poor provider to another, without the measures required to turn-around sub-standard school leadership and poor classroom teaching.

“The plans are an inadequate response to the scale of the challenge we face in securing for every child the education that they deserve.”

And Kevin Courtney, deputy general secretary of the National Union of Teachers, said: “Very many good secondary and primary schools – as defined by Ofsted, and as defined by parents – will now be classified as coasting.

“Schools are already under enormous pressure to placate the whims of Government and Ofsted. Today’s arbitrary target will only serve to sharpen teaching to the test and a concentration on borderline students.”