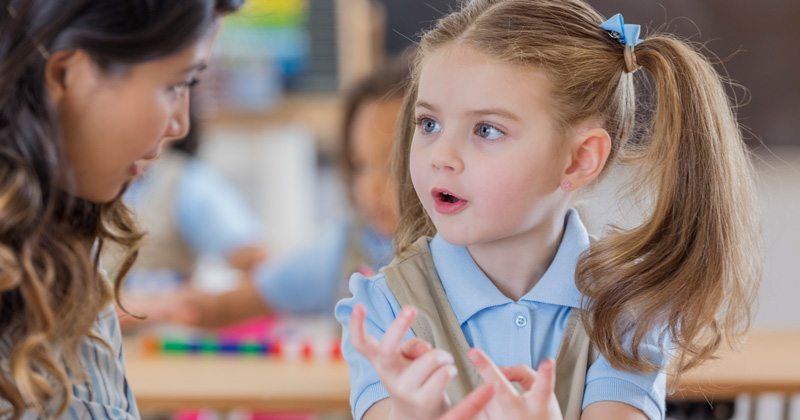 Proposed changes to the early years learning goals have been found to help reduce teacher workload, but may not have made children better prepared for key stage one.

An independent evaluation of the proposed changes has been published as the Department for Education launched a consultation into its plans for the early years foundation stage profile.

There are currently 17 early learning goals that reception pupils are assessed against, which look at pupil development across language and communication, reading and writing, numbers, art and design, physical development, self-confidence and relationships, and understanding of the world.

The new approach proposes a greater focus on vocabulary development, while concepts of shape, space and measure have been removed from the maths goal entirely. In the pilots of the new goals, pupils were no longer be expected to count to 20, but this has been added back into the proposals that are being consulted on.

The new early learning goals were trialled in 23 schools last year. Analysis of the pilot by the Education Endowment Foundation found that teachers viewed the changes “positively” and saw the new goals as much clearer than the other ones, with teachers reporting reduced workload and more time to spend with pupils as a result of the new goals.

“The reduction in the burden of recording observations combined with the understanding they could use their own judgements meant that teachers found their workload in relation to the EYFS Profile had been reduced. Teachers reported using this time to spend with children instead of paperwork,” the report said.

However, the EEF also noted there were “mixed views” as to whether pupils would be more ready for key stage 1 under the new approach and whether or not they were more challenging than before, and has recommended more research is carried out.

It also found teachers raised “a number of concerns” about the accuracy of assessments using the revised goals, particularly for pupils with special needs and in writing and personal, social and emotional development, and the risk of variation in assessments between schools.

The DfE today launched a consultation to gather views from early years staff and other experts on the proposed changes to the educational programmes, early learning goals and assessment and moderation process.

The consultation will run until January 31. The new goals are set to be rolled out nationwide in September 2021.

Schools minister Nick Gibb said it was “encouraging” that the pilot showed teachers were able to spend more time interacting with children.

“The consultation launched today will help make sure the early years foundation stage framework will make a difference to a child’s education as they move through the early years to more formal schooling.”