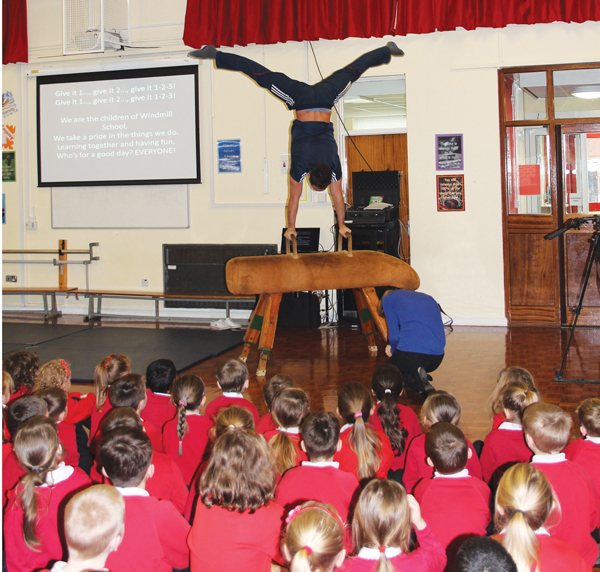 Pupils at Windmill primary school in Raunds, Northamptonshire, flexed their muscles during a visit from their new Education Fellowship ambassador and world champion gymnast, Daniel Keatings.

The athlete, who has won gold at Commonwealth, European and World games held two gymnastic workshops with pupils in years 3 to 6 and took a whole-school assembly. Dressed in his Team GB kit, he performed a floor gymnastics demonstration, showed them his medals and spoke about how he first became interested in sport when he was just 5.

“I have been lucky enough to be able to pursue my dream of being a professional sportsman but would never have got to where I now am without the support and guidance I received from a very young age.

“Having the opportunity to hopefully inspire and encourage these pupils to go for the dreams, whatever they may be, is an honour.”