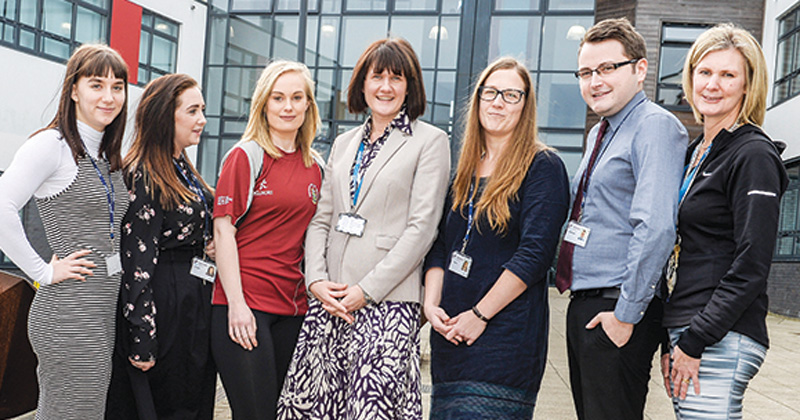 Specialist teacher training hubs set up to tackle teacher shortages in languages, physics and maths are struggling to sign up recruits. One centre has even begun to target downsizing businesses in the hope that laid-off employees might switch to teaching.

The national mathematics and physics school-centred initial teacher-training (NMAPS) programme, led by Wycombe High School in High Wycombe, was set up in September 2017 and will place teachers in the classroom from September this year.

So far, however, it has only recruited one trainee, even though it is aiming to sign up 40 recruits by the summer.

Meanwhile the national modern languages school-centred initial teacher-training (SCITT) programme, led by Silverdale School in Sheffield, started last September and has 14 trainees on roll for this year, with a target of 50 for 2018-19.

Teacher recruitment is an ongoing concern across the board, but some subjects have been hit particularly hard. Statistics released in November 2017 showed the government failed to train enough teachers for any of the Ebacc subjects except history last year.

The government only filled 79 per cent of its places for maths teacher-training in 2017-18, and physics managed just 68 per cent.

The new national SCITTs offer teacher training focused on their subject specialism and both target new graduates and career changers to get into languages, maths and physics teaching.

But drumming up interest has been difficult, even though they offer the unique chance to train at both state and private schools in different regions, as well as significant bursaries and scholarships.

Sarah Yarwood, the director of NMAPS, acknowledged that hitting recruitment targets this year is going to be “a challenge”.

“It is going to be a slow and gradual process of getting the information out there,” she said. “We’re hoping that because we have such a good subject knowledge and pedagogy offer, that people will be attracted to it.”

There are few financial resources available, Yarwood said, making it tough to get the word out.

NMAPS has tried strategies such as contacting businesses that are “downsizing or restructuring”, in the hope that “their employees might be interested in a new career”.

Gaynor Jones (pictured with trainees at Sheffield’s Silverdale School), the director of the national modern languages SCITT, said a national marketing budget will be needed “if we are intending to grow this at the rate of the desire for it to grow from government”.

The SCITT had “a little bit of start-up funding in the first year”, but its only other source of money is the £9,000 fee that trainees pay. As a result it has relied on support from its partner schools, in trying to grow the project.

“My independent school colleagues have been really supportive with time and resources,” Jones said. “Sheffield Teaching School Alliance, Dulwich College and Bolton School are contributing to the scheme far beyond the financial remuneration than any of us are able to get.”

Barnaby Lenon, the chair of the Independent Schools Council, has worked with both SCITTs. He said the ISC is keen to back projects designed to “support the training of good teachers based in the best schools”.

“This is very much just the beginning,” he said. “Both programmes, which are the result of pioneering partnerships between the state and independent sectors, are of a high quality, and everyone involved is confident they will grow.”