Education researchers are a strange breed. While the think-tanks openly court the press, and even the university academics are starting to reach out these days, there’s one megalith of British education research that seems determined to remain aloof.

I’m on a mission to find out why.

It’s taken five months to score an interview with the chief executive of the National Foundation for Education Research, and I’m journeying to Slough on a sunny, after-the-rain kind of spring morning, more than a little curious to test out my various hypotheses. 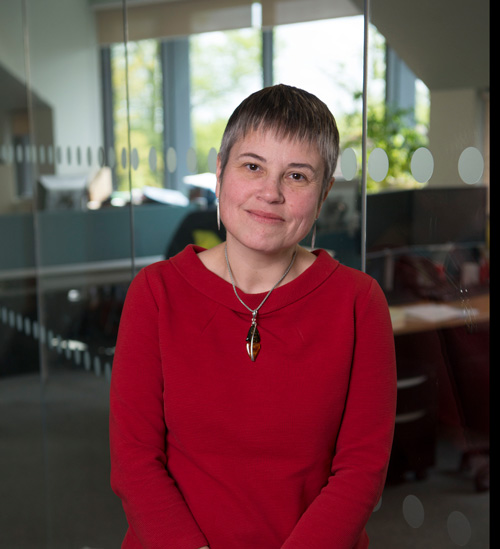 Serendipitously, NFER has just emerged at the heart of the latest development in the baseline testing saga – and its boss Carole Willis is fully aware she’ll have to field questions.

NFER employs 210 people over two sites, over half actively involved in research. There is also a “very flexible workforce” of around 1,000 test administrators, markers and research associates, who participate in specific projects, “which is good, given the ups and downs of research funding”, Willis muses – once I’ve successfully navigated the site’s sprawling gardens and we’ve settled in her office with mugs of tea and the promise of chocolate biscuits.

She is socially hesitant (the biscuits are mentioned, but never offered) yet gently determined, insisting on first telling me about the things she thinks matter: “NFER is so much more than baseline,” she proclaims with a smile.

As she lists current projects, I get a better sense of NFER’s pole position in the research evaluation field. “We do loads of work with EEF,” she says, “we’re their largest evaluator, I think.”

NFER is also evaluating two large government projects: the Teaching and Leadership Innovation Fund and the opportunity areas, for which the target outcomes will likely include progress, attainment and even destinations.

I exclaim triumphantly (sensing that hypothesis number one will soon be confirmed) that if lots of NFER work feeds directly into government policy, it must feel less need to communicate with the public?

“No!” she responds. “Everything we do has some sort of impact, and where we are working for a client like the DfE, of course they have immediate access to the findings. So it feeds in through that route, but no, we’re very keen to get much wider visibility of our research, because the more people know about what we’ve been doing the better.”

Stumped, I move onto the elephant in the room.

NFER has just won the government contract to run baseline assessment, which is to be administered to every reception-age child in England, and will feed into progress-based school performance measures.

The problem is that a different provider offering a different kind of baseline test had already been voted the firm favourite by primary schools in the first round – before the government changed its mind and scrapped the whole thing. 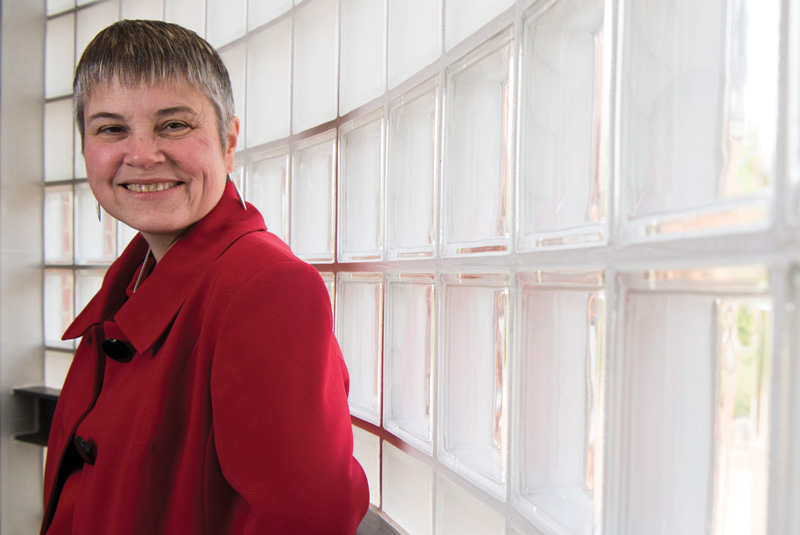 Why does she think so many schools chose the other model? “Misguided!” she blurts out with uncharacteristic directness, although not without a twinkle in her eye – having already referenced the fact that the national director of the company in question, Early Excellence, has been very vocal on the subject and she doesn’t want to make this a personal spat.

Her follow-up answer is more politic: “I think it’s partly because the Early Excellence model was observational, and that is what teachers in the early years or in reception year were used to doing as part of the early-years foundation stage profile. So it was closer to what they did generally.”

It was a shambolic tender process that stirred up unnecessary animosity in the early-years community.

To clarify, there’s one wing of the resistance that will persist come what may: those who believe four-year-old children simply shouldn’t be tested, and consider baseline yet another step in the pernicious datafication of childhood.

The controversy that could have been avoided, however, was over what type of assessment would be used.

Originally, primary schools were allowed to choose between a handful of approved providers, and over 70 per cent chose Early Excellence’s teacher-observation test. The two next most popular assessments, designed by Durham’s Centre for Evaluation and Monitoring and the NFER, were both “test-based”.

The government scrapped the whole thing in April 2016 due to “comparability” concerns, and reissued the tender, changing the rules so that this time, observational assessments couldn’t compete.

Neither Early Excellence nor CEM bid for the second tender.

Despite the lack of competition, Willis feels “confident that if there were 10 bidders we were still the best choice, because we brought such long experience in doing assessments”.

So was the DfE not itself horribly misguided to have given schools the choice in the first place?

“I’m not sure about ‘wrong to give them the choice’,” she contends, approaching the subject tactfully. “What surprised me was the very different nature of the organisations that were accredited to deliver the baseline. I was surprised that an observational measure was one of those suppliers. I think, for fairness to schools, as well as the quality and robustness of the data, having a standardised assessment is really important.”

But let’s say, hypothetically, that the way the government proposed things was misguided, and that the other big organisations had pulled out for exactly that reason. Given the massive amount of funding that will flow from this, wouldn’t there be a huge temptation for NFER to bid for the contract, even if it didn’t believe in it academically?

“Absolutely not, is the quick easy answer,” she counters, suddenly impressive. “Maintaining [our reputation] as well as doing the right thing for schools in terms of policy, is far more important to us than any one particular contract. We will guard our independence jealously, and if there’s ever any suggestion that, whoever our client is, they’re trying to distort the findings in any way, I immediately step in. Our reputation would be undermined. We wouldn’t have bid for this if we didn’t think it was doable, sensible and actually the right thing to do. I think it is an important part of the accountability system.”

Thrown by this change of tone, and having ignored several of her attempts to refocus the interview away from my dull questions and onto a box of cute plastic teddies, I finally relent.

“This is one of the reasons why it’s useful for children with special educational needs and for EAL children,” she explains, tipping them out on the table, “because it’s not all speaking and reading. So you’ve got these little teddy bears that they count with, which have proved incredibly popular.”

They also have coloured shapes for sorting. The test is 20 minutes per child, administered by a teacher, and will measure the key predictors of later academic outcomes – basic literacy, numeracy and even maybe “self-regulation”, although they haven’t quite worked out how to measure that yet.

Mostly, Willis caveats her statements and presents as a thoughtful academic, which in many senses is what she is. Although she’s worked mostly in government, she’s been an economics researcher all her life, first in a private economic research company, then in the civil service, including five years at Work and Pensions and another five at Education.

This last was her favourite “because it’s like the baseline for everything else. I would say apart from climate change, it is one of the longest-term issues in public policy in terms of how that feeds through into people’s lives. If they get a bad education it’s really hard for them to come back from that. If they get a good education that sets them up for life.”

She speaks from experience. Her parents – greengrocers on the Isle of Wight – pushed her academically, something she describes as “brilliant and awful at the same time”. 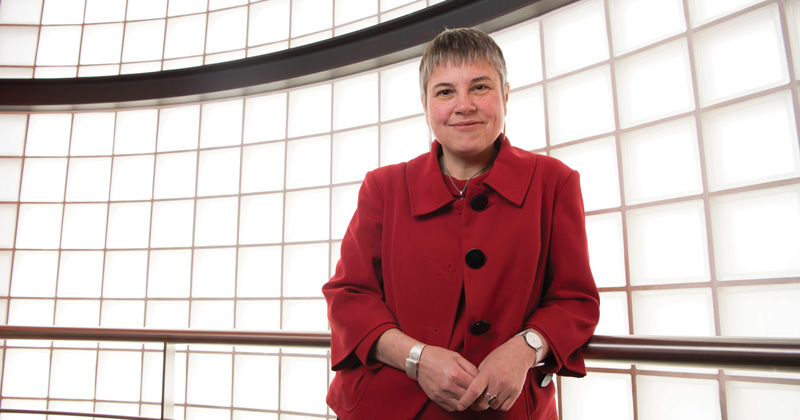 “They had very high expectations of me. They were very proud of the fact that I was good at school and was able to do things they weren’t, so they always told me I was going to university – so that’s what I did. But of course, it’s a curse as well, because now I’ve set myself very high standards in terms of what I can achieve. It’s that voice in the back of my head saying ‘you’ve got to do more’.”

When I ask her to reveal a flaw, she uses her answer to finally address the question I’ve been trying to get to the bottom of.

“It’s that visibility piece. I never think people are going to be too interested in what I have to say, or that I’m not clever enough, or I don’t have the big ideas,” she admits. “So I’m always a little bit wary about saying or pushing myself forward – and I think, as the head of this organisation, I need to do that for NFER, so that is something I will need to work on.”

I don’t get much time to read other than research reports, but I am in the middle of a book called Midnight in Sicily by Peter Robb. I was out in Sicily last summer and fell in love with the place. He’s a travel writer, but he weaves in amazing descriptions of Sicilian life, and all the colours and the smells, and lots of history, and he’s tracking the growth of the Mafia. So it’s actually quite scary in terms of up until very recently how big an influence the Mafia had in Sicily. But it’s an amazing book. The only problem is it’s written in very small print, so I have to get my extra strong glasses to read it!

If you could escape for a month somewhere, where would you go?

Possibly Sicily. I like hot places where there is exotic wildlife, like tree frogs in Costa Rica! We started off in the capital San Jose, then went up to a volcano where there are natural thermal pools with a cocktail bar in the pool.

Then we went down to an amazing beach on the west coast and got a boat across the peninsula to the wildlife park where they’ve got lots of sloths. We were there over Christmas. I just remember walking out onto this mile-long beach and it was completely empty.

It was the first non-westernised country I had been to, and it’s just such an amazing experience. I just felt such a sense of elation, and seeing flying fish on the boat going across to the peninsula…

What was your place in the family growing up?

I was the oldest of three. My sister would probably say I was quite bossy. I’m sure my staff don’t, though!

If you could put a motto on a billboard, what would you say?

2008 – 2013
Director of research and analysis, and chief scientific adviser, Department for Education

2004 – 2008
Head of pensions analysis, Department for Work and Pensions

2002 – 2004
Head of strategy unit think-tank, Department of Trade and Industry