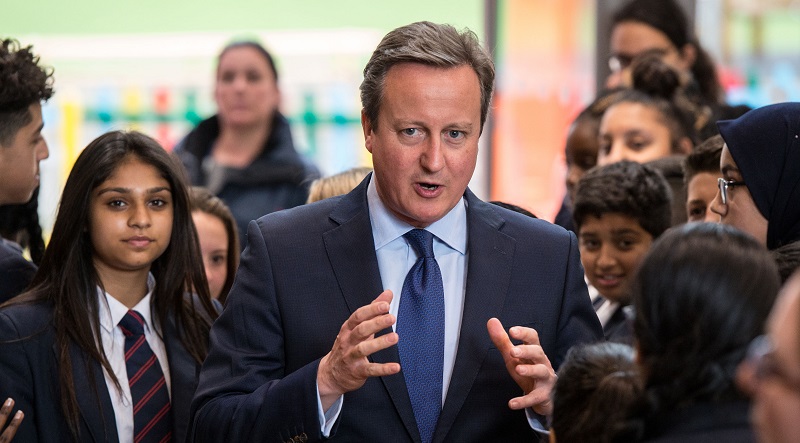 David Cameron has unveiled the latest wave of approved free school applications, in one of his final acts as prime minister.

Of the 31 new projects, which were officially unveiled by Cameron in his last official visit as prime minister at Reach Academy in Feltham this afternoon, 24 are being set up by existing schools or multi-academy trusts.

The origin of the other seven applications is currently unclear, because the government has not published the same level of detail for most of the bids as it usually would.

This is the first wave of free school applications to be considered under a new streamlined “fast-track” scheme introduced last December.

For all but three of the schools, only the name and location have been distributed, and in one instance, the name of a school proposed by the Fylde Coast Academy Trust has not even been announced yet.

A pledge to open 500 new free schools in this parliament was a key part of the Conservative Party’s education manifesto, and the government’s relative success in this area, despite the controversy around some free schools, makes it an ideal legacy area for the prime minister to bow out on.

Cameron said today that free schools had been “at the heart of this government’s education reforms”, claiming that more than 300 had been created since he became prime minister, with a further 200 already on the table in this parliament.

“I am proud of what this government has achieved, working with heads and teachers to raise standards so that our young people have the best possible start in life,” Cameron said.

The Avenue, in Brent, north west London, will cater for pupils with autistic spectrum disorder and complex needs and will be run by the Brent Specialist Academy Trust, an organisation run by three existing special schools.

The team behind Reach Academy Feltham will open Reach Academy 2 in Hounslow. The school will be inspired by the Harlem Children’s Zone in New York City, replicating its focus on early intervention with two and three-year-olds with strong relationships with families via home visits and integrated family support.

The government said many of the schools would open in September 2017, but hasn’t said which ones.