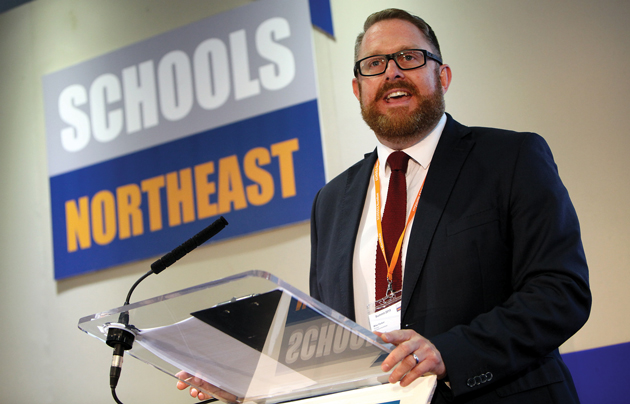 Teach First and IPPR North are calling on policy makers to use reform of the schools funding formula to boost educational outcomes for disadvantaged pupils in the north.

Currently, they say, northern secondary schools are on average funded £1,300 less per pupil compared to those in London – and the upcoming funding formula reform could offer an opportunity to rebalance this situation.

The call comes on the back of a report, supported by Teach First and authored by IPPR North, which highlights how pupils from low-income backgrounds in the north are falling behind their peers in other parts of the country.

The ‘Northern Schools; putting education at the heart of the Northern Powerhouse’ report finds that disadvantaged pupils in northern primary schools are achieving above the national average at primary level, but fall behind when it comes to secondary school.

Research has shown that secondary schools in the North East are adding more value to their pupils’ learning than those in any other part of the country – but in spite of this, less than a third of pupils from low income backgrounds are achieving 5 A*-C grades (including English and Maths) at GCSE.

The report warns that these weak GCSE results could have the knock on effect of a struggle for the skills needed to make the government’s ‘Northern Powerhouse’ project – which aims to boost economic growth in the North – a success.

It sets out a number of recommendations for policy and practice – including a request for funding to be fairly distributed to northern schools facing local challenges, through the reform of the schools funding formula.

Mike Parker, Director of Schools NorthEast (pictured above), explained to Schools Week the issue of geographical disparity in funding. He said: “The current average funding nationally equates to £4,732 per pupil – but in the City of London it is as high as £8,595. The average for the North East is £4,616.

“The current schools funding formula is broken. If North East schools were funded at the same level as London schools we would have an additional £360m per year to spend on education.”

He added that national parity would be equivalent to an extra £45.6m for the region.

“The government is adding in an area cost adjustment where they work out on a per pupil basis where the money should go and then multiply in areas of high cost,” he said.

“We recognise that it can be expensive for schools in expensive areas to recruit teacher, but to us that it a blunt approach, because it is quite difficult to recruit teachers into geographically remote area too, but we don’t get any extra funding for that.

“Money alone doesn’t equate to achievement – but it certainly helps.”

It would be “vital” for the government to focus the new funding formula on need, he said, so that areas that have the “greatest hill to climb” are given the resources they require.

The Teach First and IPPR North report also calls for targeted teacher recruitment in the areas of greatest need and better leadership as part of the answer to raising standards in the north.

It recommends that policy makers consider writing-off student loans for teacher who work in challenging contexts and that business communities across the northern regions show their support for boosting education to benefit the Northern Powerhouse.

Colin Ferguson, Teach First’s Regional Director for the North West, said: “Young people are the future of the Northern Powerhouse, but urgent action is needed to further unlock their potential and drive productivity and economic growth in the region, especially amongst pupils from low-income backgrounds. This report provides an important step in supporting the Northern Powerhouse agenda.”

Jonathan Clifton, Associate Director for Public Services at IPPR, and one of the report’s authors, added: “Two decades ago London was the worst place to attend school if you were from a low income background, now London’s disadvantaged pupils achieve better outcomes than those in other parts of the country.

“The successful turnaround of London’s schools shows that educational disadvantage can be tackled though investment, strong leadership and collaboration.

“We need a similar level ambition for schools in the North. Smart policy and fair funding from government could transform children’s prospects and help build the northern powerhouse.”

In February this year, Michael Wilshaw warned that school performance in Manchester and Liverpool could kill plans for a ‘northern powerhouse’.