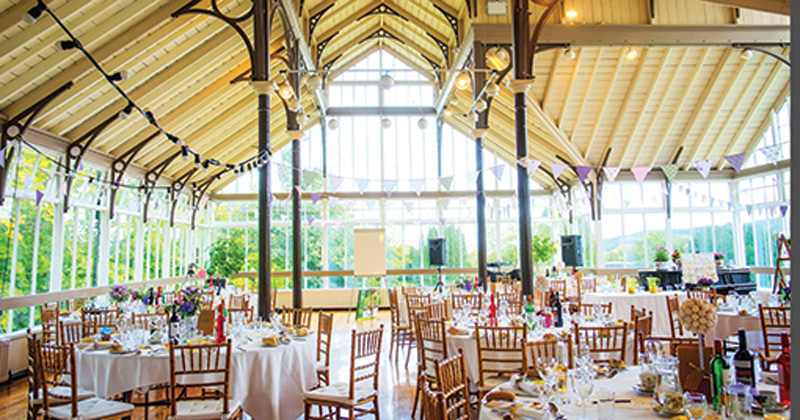 Some schools are generating tens of thousands of pounds a year by renting out wedding spaces, hiring out food vans and opening shops.

In an effort to make up funding shortfalls, ventures such as revamping a van to sell burgers and gaining a licence to host weddings have raked in up to £40,000 extra a year – with some bringing in thousands of pounds more.

But finance experts say if schools become increasingly reliant on their own resources for funding, those with less attractive buildings or less experienced business managers could fall behind.

A new report by The Key, an information support service for schools, found the percentage of school leaders citing financial worry as their biggest challenge rose to 51 per cent this year, from 31 per cent in 2016.

But almost three-quarters of heads were unsure how to generate more cash.

“Not all schools will have an entrepreneurial head or school business manager,” said Micon Metcalfe, director of finance at Dunraven school in south London, “So while I applaud schools that do, should we not insist that state education be funded adequately?”

Schools based in, “for example, a council estate in Hull” were unlikely to open as a wedding venue, she said.

Sheringham Woodfields School in Norfolk, which educates pupils with complex needs, set up a charitable “Friends of Woodfields” and a shop selling secondhand clothes and crafts in the town centre to raise money for the charity.

Matthew Smith, its business manager, said the school was able to convert about 30 per cent of the £45,000 to £50,000 that the shop turned over annually.

The funds have gone towards a hydrotherapy pool and mini-bus, and to help to fund a £200,000 new playground.

Not all schools have charity status for their enterprise arm. Watford Grammar School for Girls, an academy in Hertfordshire, set up a trading subsidiary in 2014 as part of efforts to “continue working hard to ensure our commercial revenue streams can support any shortfall in state funding”, according to its company accounts.

The school gained a licence to hold “civil wedding ceremonies” in July 2015 – but when Schools Week enquired, a spokesperson said only one wedding had taken place.

However, Queen Elizabeth High School in Northumberland, which has held a wedding licence for 16 years, oversees 30 ceremonies a year.

The venue (pictured above), which has a Victorian glasshouse in a Grade II listed building otherwise used for exams, brings in about £30,000 to £40,000 a year.

Should we not insist that state education be funded adequately?

Ryan Green, managing director of Pebble, which specialises in income generation for schools, said his business had increased significantly in the past three years with multi-academy trusts looking to expand, and the proposed national funding formula expected to prompt more schools to reassess their finances.

Lydia Heath, a spokesperson for Kells Lane Primary School in Gateshead, said it was set to lose under the proposed funding changes so was now leasing its yard to a local company running food markets.

The first in April had 28 stalls, with 33 proposed for the next. The revenue stream from the market would outstrip current income from renting rooms to a childcare group, she said.

Food also features at Wellfield School in Co Durham, where Brendie Ryle, the business manager, purchased a van and installed an oven and grills. It will sell healthy burgers in the summer.

The van will also be leased out – manned by Wellfield staff – to smaller schools that need catering.

Russell Hobby, general secretary of the National Association of Head Teachers, warned some schools had more opportunities to generate income, and said it could “risk widening inequality rather than solving it”.

However the Department for Education said it “recognised” that schools are facing cost pressures and hence was providing support to use funding in cost effective ways.

“This includes improving the way they buy goods and services, and our recently published School Buying Strategy is designed to help schools save over £1bn a year by 2019-20 on non-staff spend. We know that some schools use their facilities to benefit the community and bring in additional revenue to benefit their students,” a spokesperson added.